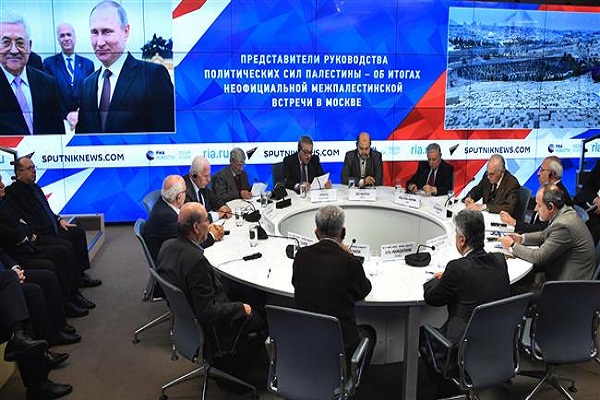 The unity deal was announced late Tuesday, three days after the talks began under the Russian auspices among representatives from Ramallah-based Fatah as well as Hamas and Islamic Jihad, both headquartered in the Gaza Strip, and other factions.

Russia has been working towards conflict resolution in the region as part of the Middle East Peace Quartet, also comprising the United States, the EU and UN.

"We have reached agreement under which, within 48 hours, we will call on Mahmoud Abbas to launch consultations on the creation of a government,” Fatah official Azzam al-Ahmad told a press conference.

Abbas, who leads Fatah, will be carrying out the consultations in his capacity as president of the Palestinian Authority (PA).

Moussa Abu Marzouk, the deputy chairman of Hamas’ political bureau, also described a unity government as "the most effective tool” to address divisions among Palestinian groups, adding that "it is responsible to promote the solutions, including the holding of free and democratic elections in the West Bank and Gaza Strip.”

"If Fatah or Hamas compromise in order to achieve Palestinian unity, this is not considered as a compromise by any means. The concept and reality of unity, when this happen between all Palestinian sides, this is a win and not a loss for all sides. Everybody will win,” added the Hamas official, Press TV reported.

Fatah and Hamas have been at odds ever since the latter scored a landslide victory in Palestinian elections in 2006. Hamas governs the Gaza Strip, while Fatah has set up offices in the West Bank.

The factions agreed in April 2014 to end their grievances and reconcile. The move drew the Israeli officials’ ire, and the Tel Aviv regime consequently responded by suspending the so-called peace talks with the PA.

Following the agreement, the two sides formed a unity government, which Fatah unilaterally dissolved in June 2015, claiming it was "weak,” and that Hamas would not "allow it to work in Gaza.”

In line with the new arrangements, however, the Palestinian sides involved in the Moscow talks, including Islamic Jihad, will join the institutions within the umbrella group of Palestine Liberation Organization (PLO) and form a new Palestinian National Council.

The new council will select the PLO Executive Committee, the top political and diplomatic Palestinian body.