General
News ID: 3464631
TEHRAN (IQNA) – Hundreds of Muslims attended Friday prayers in front of the White House to protest US President Donald Trump's decision to recognize Jerusalem (Quds) as the capital of the Israeli regime. 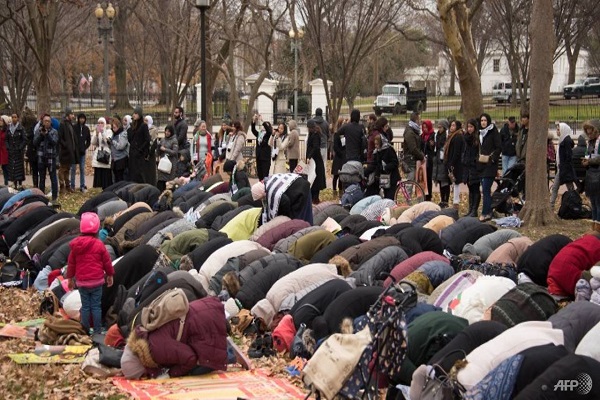 Responding to the call of American Muslim organizations, worshippers laid out their prayer mats at a park in front of the president's residence.

On Wednesday, Trump declared that the US recognizes Quds as the capital of the Israeli regime and announced the relocation of the US embassy from Tel Aviv to Quds - turning his back on decades of American and international diplomacy.

"Trump does not own a piece of soil of Jerusalem and Palestine. He owns the Trump Tower. He can give it away to the Israelis," Nihad Awad, executive director of the Council on American-Islamic Relations (CAIR), told AFP.

The president is "empowering Christian religious extremism in the US," he added.