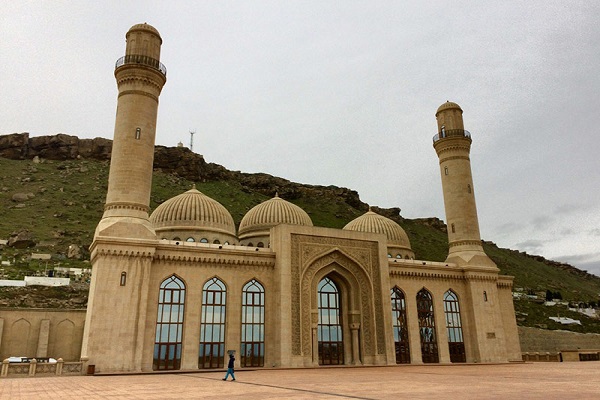 The magazine has drafted a rating based on the 'Mosques: Splendors of Islam ' book by Azerbaijani interior designer Leyla Uluhanli. The book explores places of both historic and contemporary places of worship from the Great Mosque of Córdoba in Spain to the minimalist Sancaklar Mosque in Istanbul.

The new Bibi-Heybat Mosque, reconstructed and expanded between 1997 and 2005, draws from the original 1282 mosque, which was built over the tomb of Ukeyma Khanum, a descendant of the Prophet Muhammad (PBUH). The exterior features local limestone, and the interior is decorated with colorful tilework and gold inscriptions, reads the article.