General
News ID: 3466212
TEHRAN (IQNA) – An organization looking to use data to combat the overwhelming amount of misinformation about Muslims in the media has released an in-depth report to highlight their contributions to society. 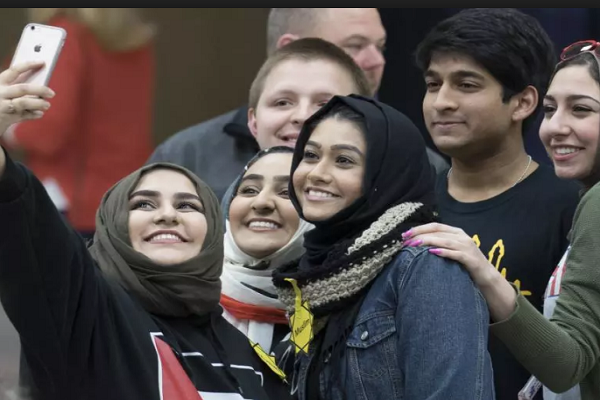 The Institute for Social Policy and Understanding published the New York City edition of its report, Muslims for American Progress, on Tuesday, finding that as of 2016, there were approximately 768,767 Muslims living in New York City. They make up approximately 9 percent of the city’s total population and over 20 percent of Muslims in the US, according to ISPU.

The report also noted that over 11 percent of New York City’s engineers are Muslim, that Muslim health care workers in the city provided over 6 million appointments to patients, and that Muslim educators taught nearly 250,000 New York City students per year. The report also breaks down Muslims’ contributions in other fields, such as civic engagement, the arts, philanthropy and finance.

“Our hope is that some of the data points can be used to push back against unfounded stereotypes that most Muslims are dangerous,” Elisabeth Becker, the principal investigator for the MAP NYC project, told HuffPost.

Studies have shown that 80 percent of news coverage of Muslims is overwhelmingly negative, depicting Islam, individual Muslims and Muslim organizations as sources of violence. An earlier study by ISPU also showed that perpetrators of violence who were perceived to be Muslim received seven times more media coverage than their non-Muslim counterparts.

After US President Donald Trump signed the first iteration of his travel ban in 2016, prime-time television hosted a slew of analysts and experts to discuss the executive order. Media Matters found that only 14 in 176 guests booked by CNN, Fox and MSNBC to discuss the policy were Muslim ― though the ban primarily targeted Muslim-majority countries.

“Prime-time cable news shows virtually ignored Muslim voices,” Media Matters said, adding that the lack of Muslim voices fit into “larger media pattern of ignoring Muslims when discussing issues that are particularly impactful to them, while at the same time painting false portraits based on stereotypes.”

To produce their report, ISPU researchers conducted interviews and carried out a surname analysis on data from New York state and city agencies, including the state Department of Education and New York State Office of the Professions, between March 2017 and 2018. ISPU also produced a separate report for Michigan.

More stories about data like this are needed to combat the skewed coverage of Islam and American-Muslims, said Rebeca Lenn, director of external affairs for Media Matters, a nonprofit research center dedicated to monitoring and correcting misinformation in American media.

“The lack of and the dearth of positive contribution stories is the reason why there is so much negative, vitriolic coverage targeting the Muslim community,” Lenn told HuffPost.

Both Lenn and Becker agreed that news outlets need to provide more complex and nuanced reporting about Muslims. They also hope ISPU’s report encourages journalists to reach out to Muslims when discussing issues that directly affect their communities.

“Traditional media as a whole operates in terms of a really basic narrative, often a binary,” Lenn told HuffPost.

“When you operate on this binary, you have good guys and bad guys, and this plays out in politics too. And if you apply that ... to coverage of Islam and the American Muslim communities, the way these narratives play out too often is that Muslims are terrorists,” Lenn said.

Prime-time news needs to feature a more diverse range of guests and do better community outreach, Lenn suggested. That means contacting experts like those in the ISPU report and beyond.

Blecker agrees and hopes the report will dismantle stereotypes about Muslims, starting with national media and eventually reaching individuals in smaller communities.

“Human contact is probably the most powerful way to change people’s perception and stereotypes,” Becker said. “But since that can’t be accomplished on a massive scale, this is the next best way to tell these in-depth stories.”