General
News ID: 3466310
TEHRAN (IQNA) – Israel's adoption of yet another apartheid law -- which officially recognizes Jewish supremacy over Arabs in the occupied territories – has drawn sharp criticisms from the European Union as well as senior Palestinians officials, who have blasted the measure as "dangerous" and "racist." 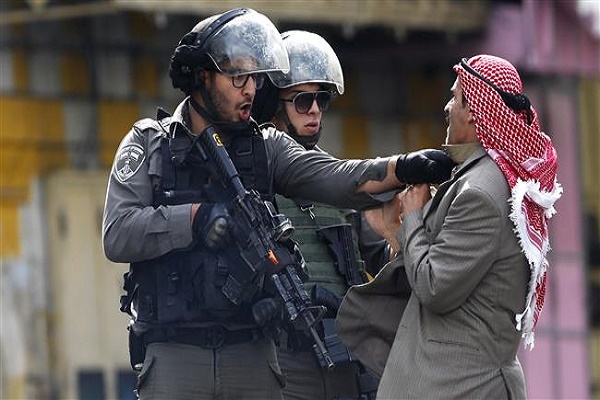 Following a stormy debate in the parliament (Knesset), Israeli lawmakers approved the so-called "nation-state" bill with 62 votes in favor, 55 against and two abstentions in the early hours of Thursday.

Turning a blind eye to occupied Palestine's 1.8 million Arab population, the law asserts that "the realization of the right to national self-determination in Israel is unique to the Jewish people," which number around 9 million.

The contentious law also includes clauses stating that "united" Jerusalem al-Quds is the "capital" of Israel and strips Arabic of its designation as an official language alongside Hebrew, downgrading it to a “special status."

Reacting to the law at a news briefing on Thursday, a spokeswoman for the EU's foreign affairs chief, Federica Mogherini, said, “We are concerned, we have expressed this concern and we will continue to engage with Israeli authorities in this context."

“We’ve been very clear when it comes to the two-state solution, we believe it is the only way forward and any step that would further complicate or prevent this solution of becoming a reality should be avoided,” she said, Press TV reported.

Palestinian officials with both the Gaza-based Hamas resistance movement and the Palestinian Authority in Ramallah also joined voices to denounce the law, describing it as a "racist" and "dangerous" measure.

In Gaza, Fawzi Barhoum, a Hamas spokesman, said on Thursday that the law formally legalizes “Israeli racism” and constitutes “a dangerous attack on the Palestinian [nation] and its historic right to its land.”

The Hamas official further said “regional and international silence on the occupation’s crimes" has emboldened the regime in Tel Aviv to pass one "extremist" law after another.

“All these laws and resolutions are baseless and they will not come to pass or change anything on the ground. The Palestinian people will remain the sovereign of this land,” he added.

In a similar stance, top Palestinian Authority negotiator, Saeb Erekat, took to Twitter on Thursday to censure the law, which he said "officially legalizes apartheid and legally defines Israel as an apartheid system."

“[It is] a dangerous and racist law par excellence. It denies the Arab citizens their right to self-determination to instead be determined by the Jewish population,” he said.

The measure "gives license to apartheid, discrimination, ethnic cleansing, and sectarianism at the expense of the Palestinian people. Such racist and prejudicial legislation is illegal by all standards of international law, democracy, humanity, justice, tolerance, and inclusion,” she emphasized.

The newly-adopted measure is categorized as among Israel's so-called "Basic Laws," which underpin the regime's legal system and are more difficult to repeal than regular laws under its constitution.