General
News ID: 3466415
TEHRAN (IQNA) – Hundreds of Iranian Hajj pilgrims who are in the holy city of Medina recited the Supplication of Kumayl on Thursday night. 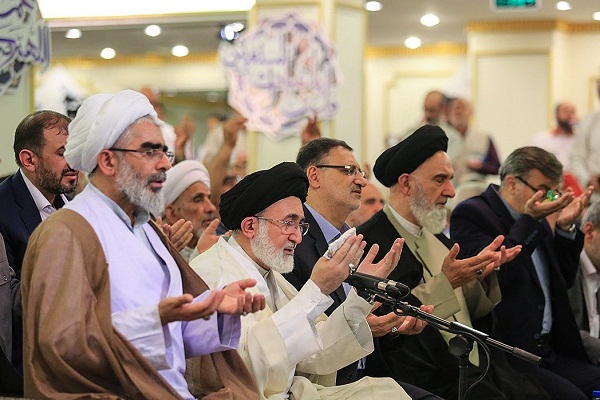 According to the Iranian Hajj website, the spiritual ritual of reciting the Supplication of Kumayl was held at the hotels where Iranian pilgrims are staying before travelling to Mecca for Hajj.

Addressing one of the ceremonies held at the Movenpick Hotel, Hojat-ol-Islam Seyed Ali Qazi-Askar, the representative of Leader of the Islamic Revolution in Hajj and pilgrimage affairs, urged the pilgrims to make the most of the spiritual opportunity of being in the Holy Land.

Like last year, more than 85,000 Iranian pilgrims will make the Hajj pilgrimage this year.

So far, over 20,000 Iranian pilgrims have arrived in Saudi Arabia.

In May, Head of Iran’s Hajj and Pilgrimage Organization Hamid Mohammadi said dispatching Iranian Hajj pilgrims to Saudi Arabia will begin on July 16.

He said they will be sent to the kingdom in 576 batches, each consisting 85 to 160 individuals.

He added that the Iranian pilgrims will stay in Saudi Arabia between 28 and 45 days, depending on the conditions at Madinah and Jeddah airports.