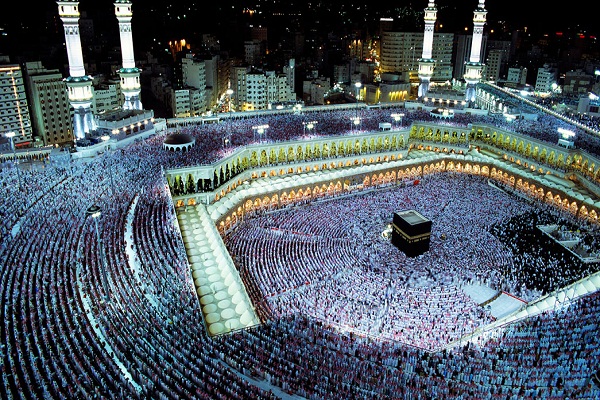 In a statement, Hosein said this year five groups will begin their spiritual journey to Saudi Arabia where they will join millions of Muslims to perform the sacred rituals of Hajj.

He said while this journey usually lasts between 27-30 days, the most auspicious part is the final five days where every Muslim will perform the same rituals, at the same time, in the same place for each of these days.

"This spiritual journey replicates the journey of Prophet Muhammad (PBUH) who led his followers from Medina to Mecca on a journey of a lifetime."

The statement explained the process: "On the first day of Hajj, Muslims travel from Mecca to Mina where they spend a day and a night, praying and reciting the Holy Quran.

"The next day, pilgrims will journey from Mina to Arafat where they sit at the ‘Mount of Mercy’ and offer supplications to Allah, asking for forgiveness. After sunset, they continue their journey to Muzdalifah where they spend the night in deep prayer.

"Before sunrise on the next day, they return to Mina to perform their rituals of sacrifice and renewed faith in Allah. It is during this time that they reflect on the story of Prophet Ibrahim who was prepared to sacrifice his son, Ismael at God’s command.

"At this point, sacrifices are made by each Muslim in the form of animals which are distributed across the world, to countries where families are greatly impoverished. On the final day, pilgrims return to Mecca (Makkah) and perform tawaf where they walk seven times around the Ka’aba and follow the final stages of the journey of cleansing and renewed faith."

Hosein said the pilgrimage was a reminder to all Muslims of the way of life.

"It is a journey where over three million people from across the world, speaking different languages from all classes and walks of life, come together to restore the values of kindness and piety through their knowledge of the Holy Quran and their understanding of the Arabic language. Hajj, is a journey of spiritual cleansing where every creed and race does indeed find an equal place."

Hosein said as a Muslim who has previously gone on the pilgrimage, he was familiar with the rigor of the holy rite.

"I wish our Muslim brothers and sisters well as they fulfill this pillar of Islam, that it will edify them and bring them closer to Almighty Allah (Swt). I wish for them that it will strengthen their spirits and their bodies, through the profound connection it reinforces with our God and with our Muslim ancestors who have made this very same pilgrimage for thousands of years before us."

He also wished them a safe return to Trinidad.

Trinidad and Tobago is a dual-island Caribbean nation near Venezuela, with distinctive Creole traditions and cuisines.

Muslims constitute 5 percent of the population on Trinidad and Tobago, representing 102,000 individuals. The majority live in Trinidad but there are a handful in Tobago as well.

0
LIKE
Error Report
Related News
Qataris Not to Be Able to Perform Hajj for Second Year
Presence of Quranic Delegation in Hajj Helps to Dispel Myths about Iran, Shias
39,000 Iranian Pilgrims in Saudi Arabia for Hajj
800 Foreign Journalists to Cover Hajj in Saudi Arabia
Tags: IQNA ، Hajj ، Muslims ، Trinidad and Tobago
Your Comment