General
News ID: 3468576
TEHRAN (IQNA) – American-Iranian journalist and television presenter Marzieh Hashemi said Islam’s Tawheed (monotheism) was among the main attractions of the religion for her. 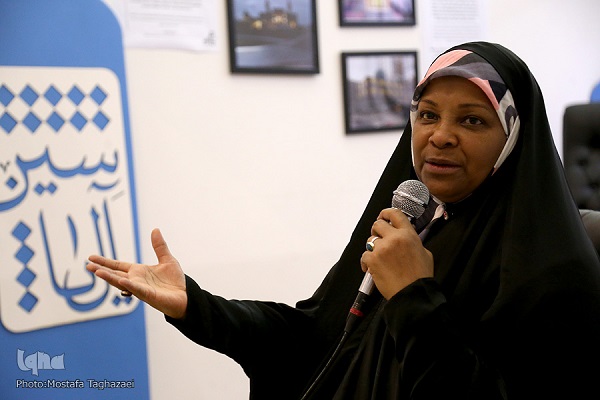 Speaking Monday night at a program at the Rahyaftegan (those who found the right path) Section of the 27th Tehran International Quran Exhibition, Hashemi noted that she was born into a Christian family in the US and has always had deep faith in God.

She said the concept of Trinity in Christianity had always been difficult for her to accept and that is why when she learned about the concept of Tawhid in Islam, it attracted her to the religion.

The Islamic Revolution of Iran that took place when Hashemi was a university student prompted her to study about Islam.

To her, it was astounding that a 79-year-old man (Imam Khomeini) could attract so many youths and lead such a revolution to victory.

After studying Islam for two and a half years, she embraced the religion and became a Shia Muslim.

Every night at the Rahyaftegan Section of the Quran expo, a Muslim convert explains his or her journey to Islam.

The 27th Tehran International Quran Exhibition is underway at the Imam Khomeini (RA) Mosalla (prayer hall) with the motto of “Quran, Meaning of Life”. It will run until May 25.