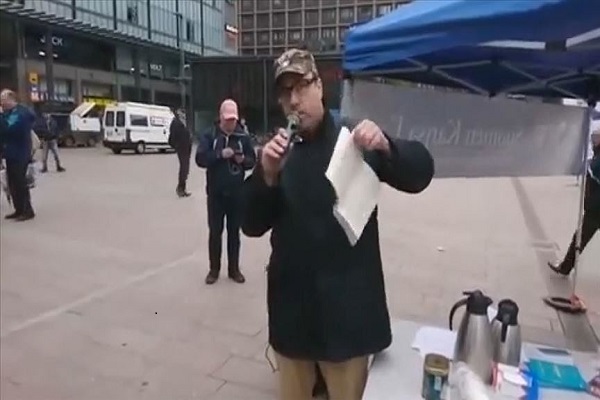 De Wit, who is the leader of a small far-right party which has no seats in parliament, tore up the Quran in full view of police officers in Helsinki’s center.

“I told the police officers that he was committing a hate crime and they should stop him. The officers did nothing,” Yilmaz told Anadolu Agency. He added that De Wit was also insulting the Prophet Muhammad (PBUH) as he ripped up the Quran.

“By ripping up the Quran, De Wit is committing a hate crime, but the police didn’t say a word,” Yilmaz said.

The incendiary act coincided with European polls taking place in Finland on Sunday, in what one Twitter user dubbed a blatant attempt to gain Islamophobic votes.

This is not the first time De Wit has ripped up a Quran while campaigning for the elections, as well as having ripped up a Jewish Torah.