Culture
News ID: 3469189
TEHRAN (IQNA) – An exhibition of Quranic calligraphy works will be mounted in University of Science, Malaysia next week. 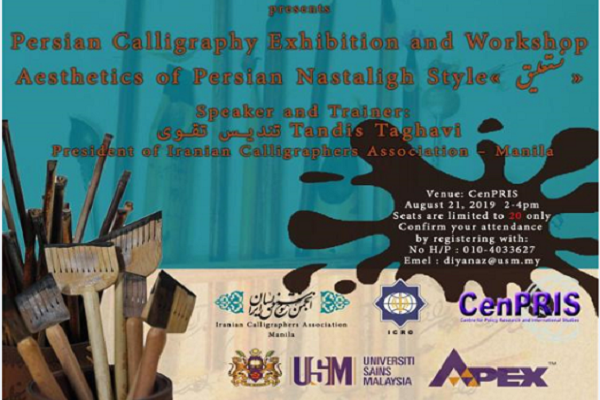 Mohammad Jafarimalek, the Iranian Cultural Attaché in the Philippines, told IQNA that Iran’s cultural centers in Manila and Kuala Lumpur will cooperate in organizing the event.

It is slated for Wednesday, August 21, the official noted.

He added that there will also be a calligraphy workshop on the sidelines of the expo.

According to Jafarimalek, Quranic calligraphy works by Iranian artist Tandis Taqavi will be displayed at the exhibition.