General
News ID: 3469651
TEHRAN (IQNA) –  A drone operated by the Saudi-led military coalition has been intercepted and targeted while flying in the skies over Yemen's strategic western province of Hudaydah. 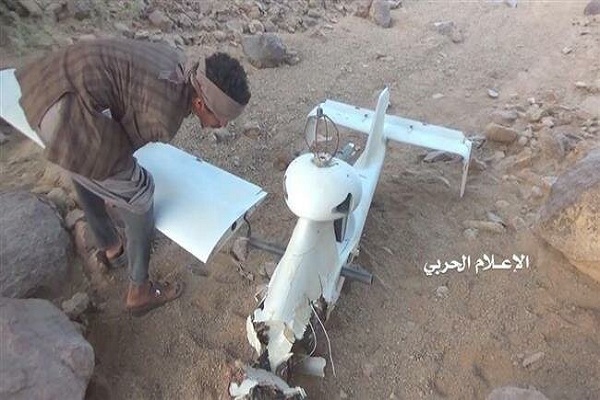 The media bureau of Yemen's Houthi Ansarullah movement said in a statement on Sunday that Yemeni army forces, supported by allied fighters from the Popular Committees, shot down the aircraft as it was on a reconnaissance mission over Kilo 16 district.

Earlier in the day, the Fakher area of the Qa'atabah district in Yemen's southwestern province of Dhale was the scene of an indiscriminate shooting by militiamen sponsored by the Saudi regime. Two refugee children were injured in the incident.

Mercenaries also shelled a number of villages in the Hays district of Hudaydah province. No reports of damage or possible casualties were immediately available.

Moreover, Saudi-led forces sprayed a number of buildings on two streets in Yemen's western coastal city of Hudaydah with machinegun rounds. There were no quick reports of casualties though.

Saudi Arabia and a number of its regional allies launched a devastating campaign against Yemen in March 2015, with the goal of bringing the government of Hadi back to power and crushing the Ansarullah movement.

The US-based Armed Conflict Location and Event Data Project (ACLED), a nonprofit conflict-research organization, estimates that the war has claimed more than 91,000 lives over the past four and a half years.