General
News ID: 3469680
TEHRAN (IQNA) – A series of Quranic sessions on the interpretation of Surah Al-Rahman will be organized by the Dar-ol-Quran Center of Al-Kawthar Cultural Institute in The Hague, the Netherlands. 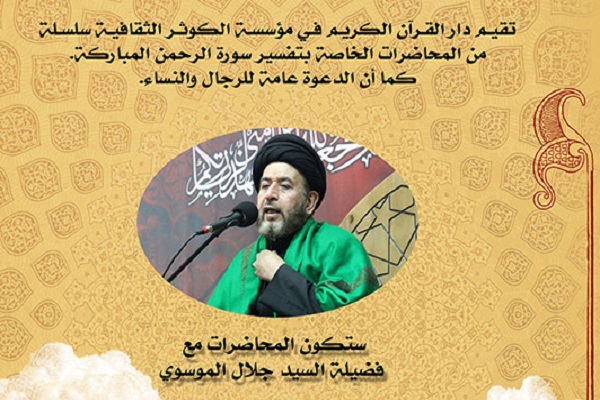 According to Qaaf news agency, Seyyed Jalal al-Mousawi will be the speaker in the sessions.

The institute will host the weekly Quranic program every Friday from 7:15 p.m. local time, starting this week.

The Dar-ol-Quran Center of the institute was opened in 2014 aiming to disseminate the Quranic culture in the European society and promote Quranic skills of the Muslim youth.

The Netherlands has one of the largest Muslim minority populations in the European Union, in percentage term.

Muslims are concentrated in large urban areas, particularly the four largest cities of Amsterdam, Rotterdam, The Hague and Ulrecht.