Nairobi "Jamia Mosque" opens its doors to the public

General
News ID: 3469743
Tehran (IQNA)- Jamia Mosque in Nairobi on Saturday opened its doors to the public regardless of their faith on its 94th anniversary. 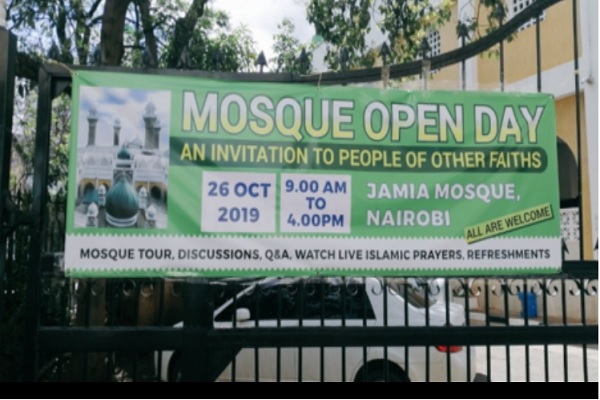 Jamia Mosque on Saturday opened its doors to the public regardless of their faith on its 94th anniversary.
Jamia Mosque is located between Banda Street and Kigali Road which is the “Jama Masjid” of Nairobi and is the largest mosque in the country.


According to the Muslim tradition, the Jama Masjid is the main mosque of a city, town, or village and is usually the place of gathering for Eid and Friday prayers.

Jamia Mosque made history recently when, for the very first time, it hosted nine Christian clergy for Friday prayers on September 18 last year in a bid to strengthen inter-faith harmony that has been harmed by terrorist attacks on Westgate Shopping Mall in 2013 and Garissa University College in April.

In May, President Uhuru Kenyatta made history by becoming the first sitting President of Kenya to visit a mosque for prayers.