Int’l Conference Held in Indonesia on ‘Muslim Society and Thought’ 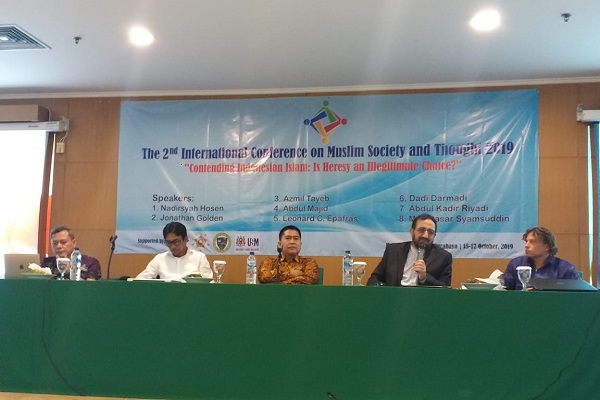 The Islamic University of Surabaya hosted the scholarly event, whose theme was “Is Hersey an Illegitimate Choice?”.

University scholars from Indonesia, Malaysia, Iraq, Australia and the US attended the conference.

Hojat-ol-Islam Majid Hakim Elahi, representative of the Leader of the Islamic Revolution in Indonesia, was among the speakers.

He presented a paper titled “Hersey in Religions and Challenges Ahead”.

On the sidelines of the conference, Hojat-ol-Islam Hakim Elahi, who also heads the Islamic Center of Jakarta, held talks with chancellor of the Islamic University of Surabaya.