Social
News ID: 3470044
TEHRAN (IQNA) – A man was detained after trying to enter a mosque in Beeston, Leeds, carrying a knife. 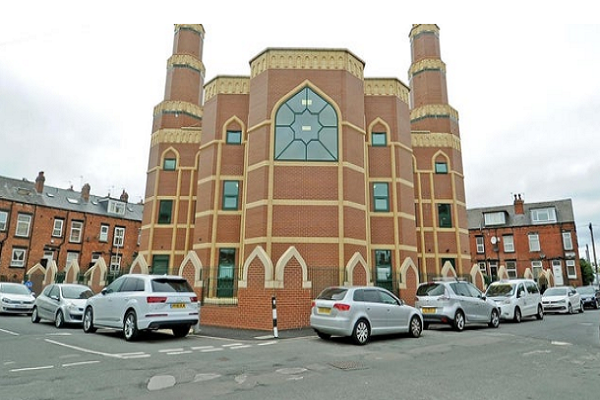 Officers received a report of a man with a knife acting suspiciously after going into a butcher’s shop in Beeston Road at 12.18pm on Friday.

He left the shop and officers were sent to the area to search for him.

Police received another call reporting what is believed to be the same man with a knife trying to enter the mosque in Catherine Grove.

He was turned away and walked off towards Cross Flatts Park.

Superintendent Chris Bowen, of Leeds District, said: “We are carrying out enquiries to establish the full circumstances around these incidents but at this stage mental health appears to be a factor.

“We have been liaising with representatives in the community to reassure them following these incidents given the understandable concern it will have caused and we will be keeping them updated.”

The mosque opened in September 2018 after a ten year fundraising campaign by the local Kashmir Muslim community. Their former base in Hardy Street was subject to an arson attack last year. Leeds Imam Qari Asim, who is also a trustee for charity Hope Not Hate, said: "A key issue in a majority of these cases is mental health, then other factors may get added onto that such as ideological or political grievances."

Mr Asim said it was "unfortunate" that a time of rising mental health issues, that problems are only dealt with when they manifest themselves in these types of actions.

"The infrastructure doesn't exist early on and people's needs are not met," he said.

"Some people just need someone to listen to their concerns and issues."