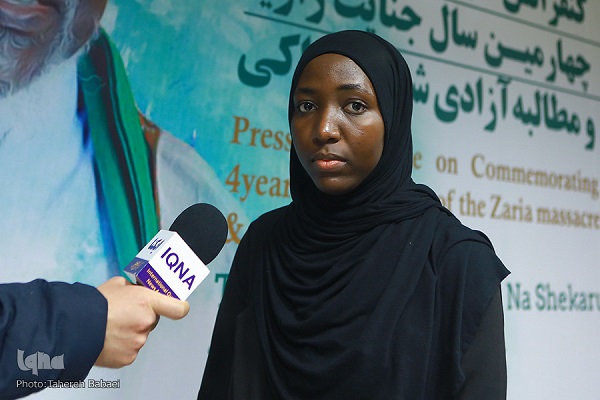 Sheikh Zakzaky and his wife, Zeena, have been in detention since December 2015 on baseless accusations.

Speaking to IQNA, Soheila Zakzaky underlined that a court ordered the release of the pair in 2016 but the government of President Muhammadu Buhari refuses to set them free.

It is not the only time the government ignores court ruling as there have been some 40 other cases in which it has acted against court rulings, she regretted.

Hence, she said, there is little hope that the issue of illegal detention of the sheikh and his wife could be resolved through legal channels.

Soheila said international pressure is needed to make the government release them and also stop the massacre of followers of the sheikh. 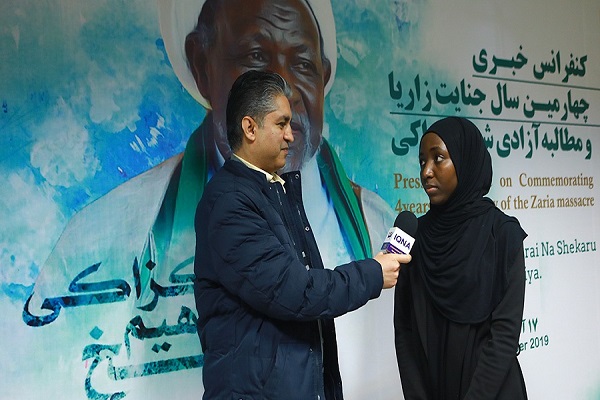 Over the past few years, hundreds of them taking part in peaceful rallies have been killed by Nigerian army and security forces and thousands more injured and arrested, she noted.

She said one of the reasons why the government has been cracking down on Shia Muslims and Sheikh Zakzaky is because the senior cleric has been pursuing the establishment of justice in the country.

On Thursday, Nigerian authorities transferred the top Shia cleric, who is the leader of the Islamic Movement in Nigeria (IMN), and his wife to a dilapidated prison, where many detainees have so far died due to lack of medical attention.

Members of the IMN said on Thursday that any attempt to take the couple anywhere other than a hospital will put them in further jeopardy.