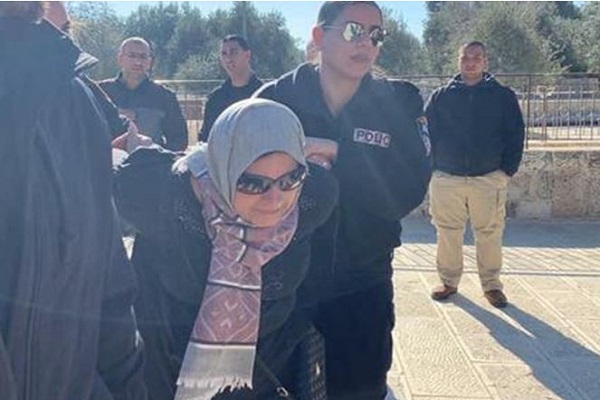 According to the Plaestine.info website, they were arrested at Bab al-Rahma Gate of the mosque and taken to a police station for interrogation.

They were detained purportedly for obstructing the course of a group of settlers who barged their way into the mosque compound.

At least 240 Israeli settlers raided the mosque on Monday under heavy police protection.

According to Palestinian figures, roughly 5,700 Palestinians -- including numerous women and children -- are currently languishing in Israeli detention facilities.