Iraqi Protesters Set Fire to US Embassy in Baghdad

General
News ID: 3470237
TEHRAN (IQNA) – Dozens of protesters broke into the US embassy compound in Iraqi capital Baghdad on Tuesday after smashing a main door and setting fire to a reception area, prompting tear gas and sounds of gunfire. 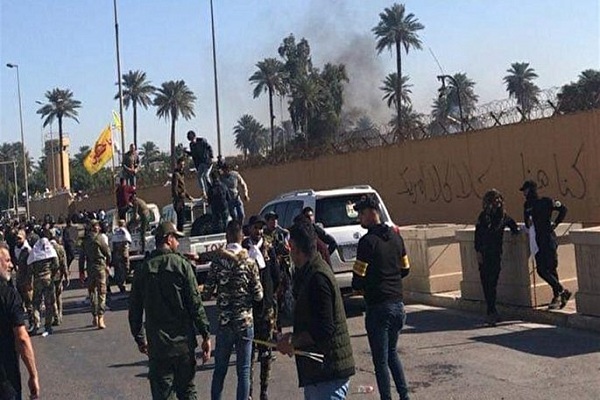 Witnesses at the scene reported flames rising from inside the compound and at least three US soldiers on the roof of the main building inside embassy.

It was not clear what caused the fire at the reception area near the parking lot of the compound.

A man on a loudspeaker urged the protesters not to enter the compound.

The protesters further held up signs calling for the US mission to be shut down and for the parliament to order US forces to leave Iraq.

“Parliament should oust US troops, or else we will,” one poster read.

Many protesters have set up tents, announcing plans for an indefinite sit-in until the embassy is closed and the ambassador expelled from the country.

The thousands of the protesters gathered outside the embassy to protest US air attacks that killed 27 fighters from the Popular Mobilization Units (known as Hashd al-Shaabi).

Shouting “Down, Down USA!” the crowd hurled water bottles and smashed security cameras outside the embassy grounds, Al Jazeera reported.

Iraq’s caretaker prime minister Adel Abdul Mahdi, who earlier declared three days of national mourning over the martyrdom of the PMU forces, said that crowds should leave the compound “immediately”. 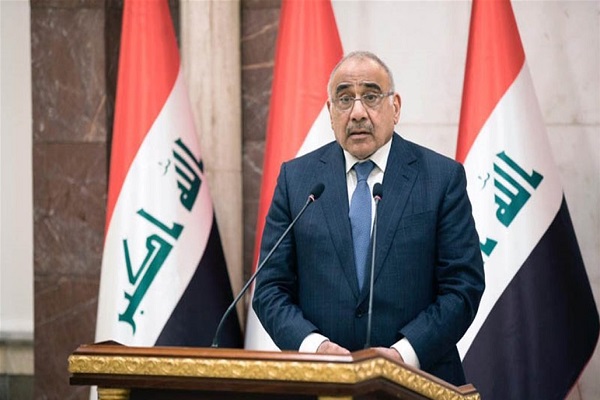 Earlier on Tuesday, the US ambassador to Iraq and other staff were evacuated from their embassy in Baghdad for their safety, Iraqi officials said.

On Sunday, US forces conducted drone strikes on a number of Kata’ib Hezbollah bases in Iraq’s western Anbar province.

Kata’ib Hezbollah is part of the Hashd al-Shaabi. The PMU played a key role in defeating the Daesh terrorist group that had occupied parts of Iraq since 2014.

On Tuesday, funerals for a number of those martyred in the attacks were held in Baghdad. 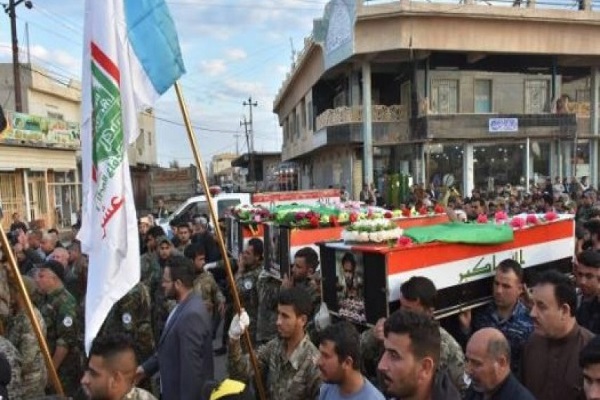