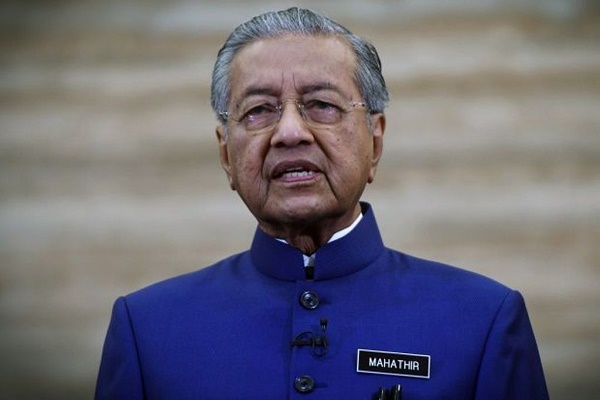 Both killings took place “across boundaries”, were in breach of laws and constituted immoral acts, Mahathir told a press conference in the administrative capital of Putrajaya Tuesday. “We are no longer safe now,” he said. “If anybody insults or says something that somebody doesn’t like, it’s alright for that person from another country to send a drone and perhaps have a shot at me.”

Mahathir warned that the US strike outside Baghdad’s airport could lead to escalating terrorism, the edgemarkets.com website reported.

US President Donald Trump ordered a US drone strike early Friday on General Soleimani’s motorcade upon his arrival in the Iraqi capital at the invitation of the Baghdad government.

General Soleimani, deputy head of Iraq’s Hashd al-Shaabi Abu Mahdi al-Muhandis, and a number of their entourage were killed in the strike.

Khashoggi was murdered at Saudi Arabia’s consulate in Istanbul. A report by the United Nations Special Rapporteur Agnes Callamard found Saudi agents were recorded discussing how to dismember Khashoggi’s body several minutes before he entered the consulate.