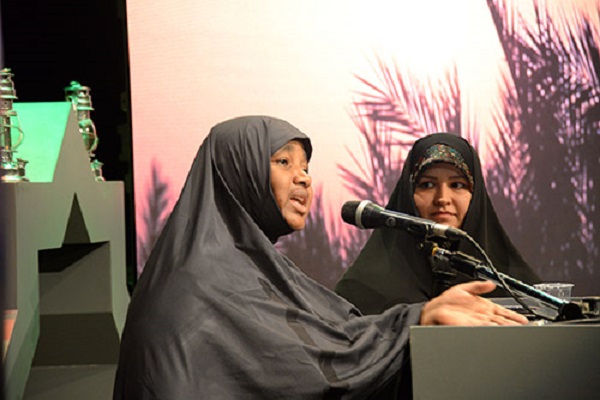 Speaking at a conference in Tehran on Tuesday, Jumay Ahmed Karoufi said that Martyr Soleimani is also a unifying factor in the Muslim Ummah (community).

Condemning the assassination of Gen. Soleimani, she said that US terrorism has targeted all Muslims in the world.

On January 3 a US drone strike killed Commander of the IRGC Quds Force General Soleimani, Abu Mahdi al-Muhandis, who was the deputy commander of Iraq’s Popular Mobilization Units (PMU), and a number of their entourage. 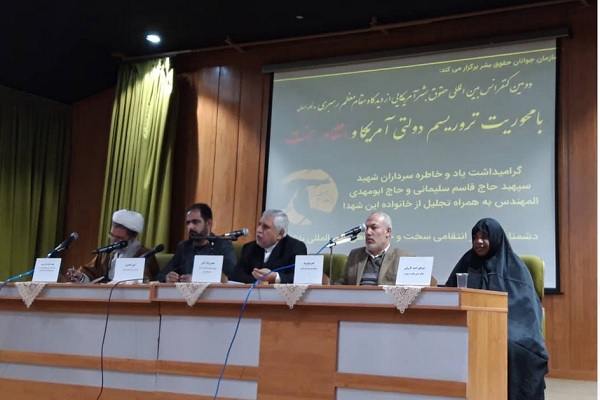 Elsewhere in her remarks at the second edition of an international conference titled “American Human Rights in View of Leader of the Islamic Revolution”, Karoufi referred to the conditions of Nigeria’s top Shia cleric and leader of IMN Sheikh Ibrahim Zakzaky and said the Sheikh and his wife are in need of immediate medical care.

On December 5, 2019, Nigerian authorities transferred the top Shia cleric, who is the leader of the Islamic Movement in Nigeria (IMN), and his wife to a dilapidated prison, where many detainees have so far died due to lack of medical attention.

Members of the IMN said that any attempt to take the couple anywhere other than a hospital will put them in further jeopardy.