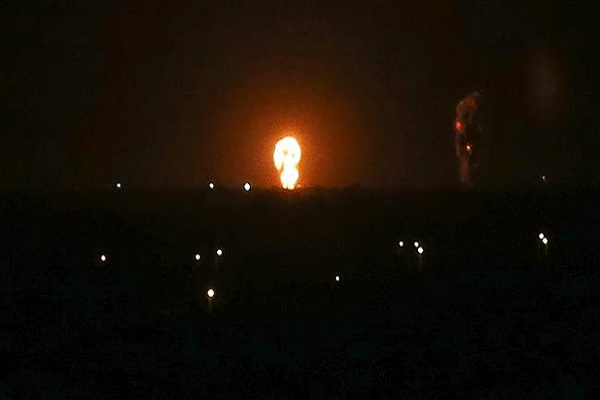 Details of possible damages have not been released yet.

Tel Aviv says the attacks were in retaliation for Hamas' alleged launch of "incendiary balloons" allegedly directed toward the occupied territories.

Earlier this week, Israeli planes sprayed toxic chemical substances and dangerous pesticides on farmlands near the Gaza Strip in the latest case of the Tel Aviv regime's acts of aggression against the besieged Palestinian coastal enclave.

Israeli newspaper Haaretz reported on Wednesday that the Israeli army sprayed the area in close proximity to the fence separating the Gaza Strip from the Israeli-occupied territories for three days last week.

The report added that the Israeli ministry of military affairs has defended the aerial spraying after having refrained from it throughout last year, claiming that it was necessary to destroy “vegetation that obscures soldiers’ view of the area.”

Since 2008, Israel has waged three wars against Gaza, where about two million Palestinians live under a 12-year Israeli blockade. Thousands of Gazans have been killed in each of these deadly wars.