General
News ID: 3470496
TEHRAN (IQNA) – An Egyptian court on Saturday referred the death sentences of 37 defendants, including one of the country’s most high-profile militants, to Egypt’s top religious authority for a non-binding opinion on whether they can be executed on terrorism-related charges. 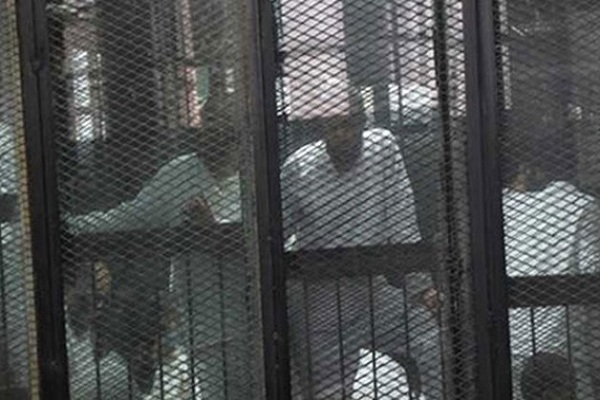 Customarily all death sentences in Egypt are sent to the Grand Mufti for his office’s advice on whether the ruling is consistent with religious law.

The Cairo Criminal Court said the defendants were charged with belonging to a local affiliate of the Daesh (ISIL or ISIS) group spearheading an insurgency in Egypt’s Sinai Peninsula.

Egypt has been fighting militants for years in the restive north Sinai Peninsula and the vast Western Desert.

The men are among more than 200 defendants accused of carrying out more than 50 militant attacks that included killing high-ranking police officers and bombings that targeted the Egyptian capital’s police headquarters. The charges also include a 2013 assassination attempt on the Egyptian interior minister.

The ruling on the sentencing is set for Mar. 2. The presiding judge may decide independently of the Mufti.

Among those referred to the Grand Mufti was Hisham el-Ashmawi. The militant leader is a former army officer and was captured in Libya late in 2018 by forces loyal to Libyan Gen. Khalifa Hifter, a close ally of Egypt.

A military court sentenced el-Ashmawi to death in November for his participation in scores of attacks on government targets.

For years, Egypt’s security forces considered el-Ashmawi the country’s most wanted militant for his intelligence value.

Egyptian authorities linked el-Ashmawi, who is in his 40s, to several major attacks, including devastating assaults on security forces near Egypt’s porous desert border with Libya.

Before he fled to Libya, el-Ashmawi helped found Ansar Beit al-Maqdis, an extremist organization based in northern Sinai. His military expertise — he left the Egyptian army in 2011 — transformed the tiny group into a well-organized guerrilla band that later inflicted painful blows on security forces in Sinai.

Beit al-Maqdis swore allegiance to the Daesh terrorist group in November 2014 and is now known as “Welayet Sinai,” or the province of Sinai.

El-Ashmawi did not declare his allegiance to Daesh, which at that time was at the peak of its power and controlled about a third of both Iraq and Syria.

In an audio recording released in 2015 that is believed to be authentic, el-Ashmawi allied himself with Daesh’s rival, al-Qaeda, led by Egyptian militant Ayman al-Zawahri.

After fleeing to Libya, he tried to establish himself among militants and extremists in the country’s east. He created al-Mourabitoun, a militant group blamed for most of the attacks in Egypt’s remote Western Desert, such as a 2017 ambush that killed nearly 30 Christian pilgrims on their way to a monastery.

Such attacks have been part of an insurgency spearheaded by the Daesh affiliate. The insurgency however gained strength after the 2013 military overthrow of a freely elected but divisive Muslim Brotherhood president.

Egypt has granted police forces and courts sweeping powers in response to militant attacks. Human rights observers say the crackdown has resulted in an abandonment of due process and violations of international law.