General
News ID: 3470543
TEHRAN (IQNA) – Police investigators in Charleston, US state of South Carolina, are still looking for three people after the Islamic Center of Charleston was vandalized twice in two weeks. 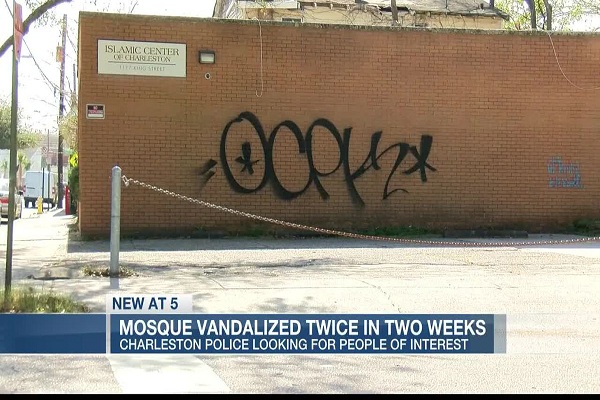 One person was caught on camera spray painting the mosque’s wall in downtown Charleston on Jan. 19, and days later on Jan. 30, two others were seen doing the same thing. All three are now being considered people of interest.

“This is a wake up call. It just makes you pay more attention," the mosque’s Imam, Bourouis El-idrissi, said. “You wonder why people do this, and I know there’s hate crime everywhere. What pushed them to do this?”

The vandalism consisted of an unidentifiable symbol and the words “Utterly Blessed.”

“We are still strong, and this is not going to destroy us," El-idrissi said. He also added he got a call from the leader of the Charleston Jewish Federation.

“This brought us together. He asked me, ‘Do you need some help? We can bring people and help wash the graffiti,’" El-idrissi said. "There is a support from other faith.”

The first alleged vandal was seen driving a dark colored Nissan, possibly a newer model Altima, with both front and rear licenses of an unknown state. The other two being sought were seen traveling in a silver car, but its make and model is unknown.