General
News ID: 3470584
TEHRAN (IQNA) –  Jordanian Minister of Foreign Affairs Ayman Safadi reiterated the firm support of Jordan for the legitimate rights of the Palestinian people, on top of which is their right to an independent state of their own. 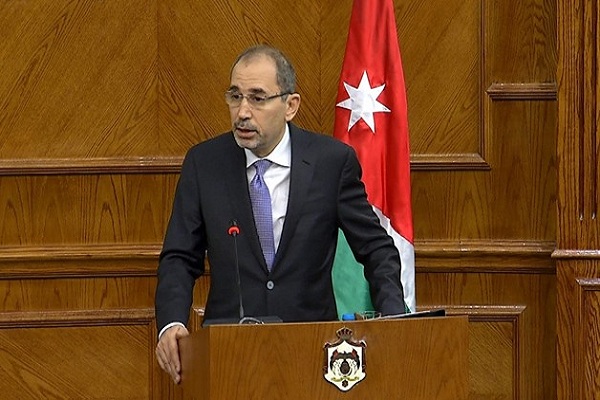 Safadi's remarks came during a meeting on Saturday with the Secretary-General of the Palestine Liberation Organization (PLO) Saeb Erekat in Amman, during which they discussed the latest developments in Palestine following US President Donald Trump's unveiling of the so-called “deal of the century” proposal, which was rejected by the Palestinians and the Arab and Muslim countries.

During the meeting, Safadi reaffirmed that any solution to the long-running Palestinian-Israeli conflict should be on the basis of the two-state solution and the Arab Peace Initiative that can lead to the establishment of an independent Palestinian state on the pre-1967 borders with East Jerusalem al-Qus as its capital.

Erekat expressed appreciation for Jordan’s support to the Palestinians, stressing the importance of the Jordanian custodianship in protecting Jerusalem’s Islamic and Christian holy sites in occupied Jerusalem al-Quds.