In a message released on Friday, the senior Iranian cleric and source of emulation deplored the crimes committed against the Muslim minority in India.

He also slammed the silence of the world media and human rights organizations as well as Muslim countries’ leaders over the tragic events.

Highlighting the peaceful coexistence of followers of different faiths in India throughout history, Ayatollah Nouri Hamedani expressed confidence that the South Asian country’s people will not allow a few individuals spark flames of discord.

He also hoped that the New Delhi government will act judiciously to ensure Muslims will live freely and without facing discrimination in the country.

Leader of the Islamic Revolution Ayatollah Seyed Ali Khamenei on Thursday warned the government of India against continued massacre of Muslims, saying that the current pogrom going on against Muslim people in the South Asian country will lead to isolation of New Delhi in the Islamic world.

The Leader made the remarks in a statement tweeted in Urdu, English and Persian on Thursday in condemnation of the brutal killing of more than 40 Muslims during a four-day span of violence that began in New Delhi on February 23.

“The hearts of Muslims all over the world are grieving over the massacre of Muslims in India,” Ayatollah Khamenei said.

On Monday, Iranian Foreign Minister Mohammad Javad Zarif wrote a tweet, urging “Indian authorities to ensure the well-being of ALL Indians & not let senseless thuggery prevail,” adding that the “path forward lies in peaceful dialogue and rule of law.”

India summoned the Iranian ambassador to New Delhi afterwards to protest the comments. The Indian Foreign Ministry’s spokesman Raveesh Kumar said a “strong protest was lodged against the unwarranted remarks," which he called "not acceptable.”

The violence came following protests by India’s Muslim minority against the Indian government’s approval of a controversial law last December. 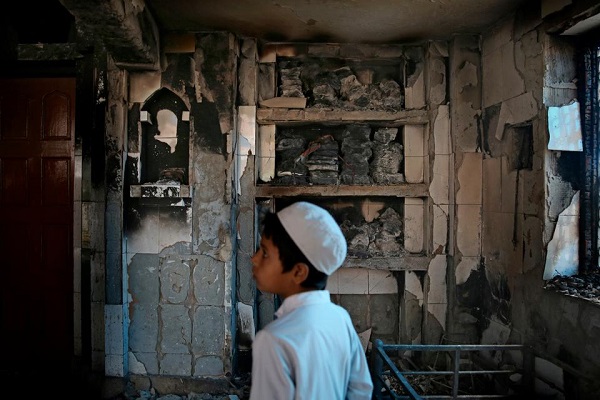 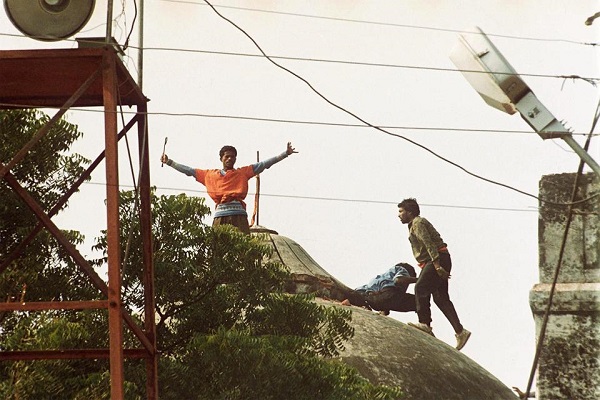 The law offers a path to Indian citizenship for six religious groups from three neighboring countries, but specifically excludes Muslims. Critics insist the law is discriminatory and comes in the wake of other severe government measures against the country’s Muslim population such as withdrawal of autonomy for Muslim-majority Jammu and Kashmir province that has intensified discord across India about the future of its 200 million Muslims.

Kumar, however, defended the legislation, saying the government was confident in its legality.

On Tuesday, Iranian people, university students, and seminarians held a protest in front of the Indian Embassy in the capital Tehran to denounce the massacre.