General
News ID: 3470862
TEHRAN (IQNA) – The rights of more than 44,000 Palestinian women have been breached by the Zionist regime over the past five years, according to a report by an Arab research center. 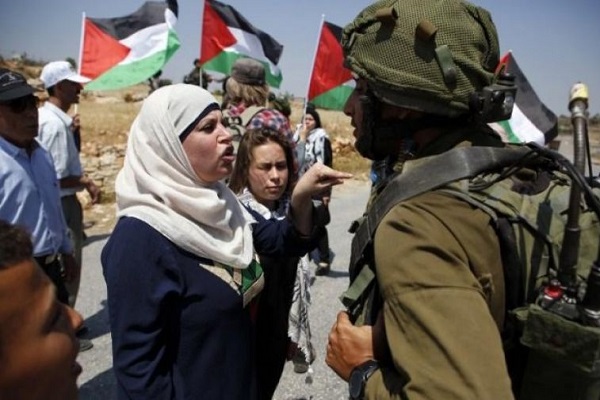 The report, released on Sunday marking the International Women’s Day, said the number of women and girls whose rights have been violated in the five-year period of 2014-2019 was 44,132, Quds Press reported.

It also underlined the sufferings of Palestinian prisoners in Israeli jails.

The research center of the Arab Studies Society compiled the report.

A statement marking International Women’s Day by the Palestinian Detainees and Ex-Detainees Affairs Commission said there are 43 Palestinian women held in Israeli jails.

Head of the commission’s studies and documentation unit Abed al-Naser Farwana said that the Israeli occupation authorities have arrested over 16,000 Palestinian women since 1967.

Farwana said that the brutal methods used by Israeli occupation forces against Palestinian men during arrests are no different from those used against women.

Arrests are aimed at intimidating Palestinian women and limiting their influence, he said, adding that sometimes women are detained to pressure male relatives to confess to charges brought against them.

Farwana noted that women in Israeli jails are subjected to severe interrogation, physical and psychological torture, abuse, oppression and deliberate medical neglect with no regard to their gender and special needs.