Myanmar Army Angry over Report on Deaths of Rohingya Women

General
News ID: 3470876
TEHRAN (IQNA) – Myanmar’s police said the army had filed a lawsuit against Reuters news agency and a local lawmaker for criminal defamation, weeks after the military objected to a news story published about the death of two Rohingya Muslim women as a result of shelling in Rakhine state. 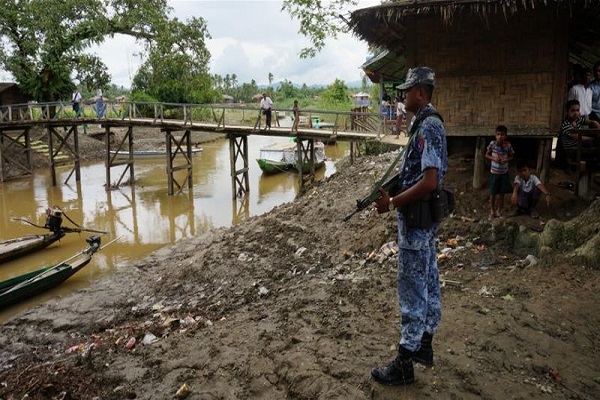 After publication, the army said its artillery fire had not killed the women or caused other civilian injuries and blamed insurgents of the Arakan Army (AA), who are fighting for greater autonomy in Rakhine state. The AA denied responsibility and blamed the army. Reporters are banned from the area where the incident happened.

Police Lieutenant Kyaw Thu, the acting station head in Buthidaung township, in the north of Rakhine state, told Reuters both the news agency and the lawmaker, Maung Kyaw Zan, were being sued under section 66D of the Telecommunications Act.

The section, which has been used to jail government critics in the south-east Asian country, outlaws online defamation and carries a maximum two-year jail sentence.

Kyaw Thu told Reuters on Sunday: “We are trying to make an approach [to Reuters] in so far as we can, to find out where Reuters news agency is, what kind of organization it is and the reporter and the editor.”

He said police had requested permission from the speaker of Myanmar’s national parliament with regards to proceeding with the case against Maung Kyaw Zan, who represents Buthidaung, a town in Rakhine state.

The case follows an army complaint about a story published by Reuters on 25 January in which the lawmaker was quoted as saying that the army’s artillery fire had caused the deaths of the two Rohingya women.

The army held a news conference on February 4 to complain about the story, after which Reuters updated the story to reflect the army’s position.

The army subsequently filed a complaint to the Myanmar Press Council (MPC), which adjudicates on such disputes.

A Reuters spokesperson said: “Reuters stands by the reporting that is of concern to the military and is the subject of an ongoing discussion with Myanmar’s Press Council.

“We do not believe there is any basis for a criminal action against Reuters or our journalists under Myanmar law. We have not seen any criminal complaint against Reuters, and so cannot comment further at this time.”

The member of parliament said it was unfair to bring a lawsuit against him. “As a representative of the people, I listened to what the people told me and I spoke about it,” he said. “I will just have to face the lawsuit and receive the judgment from the court.”

Zaw Min Tun, a spokesman for the military, confirmed the complaint against the lawmaker but said he did not know about the lawsuit against Reuters.

Rakhine state is the western region from which more than 750,000 Rohingya Muslims fled in 2017 following a military crackdown.

Myanmar is facing charges of genocide at the international court of justice in the Hague over the crackdown, which the army denies.

Two Reuters reporters were spent more than 18 months behind bars, accused of breaking the official secrets act in a case that sparked an outcry from diplomats and human rights advocates.