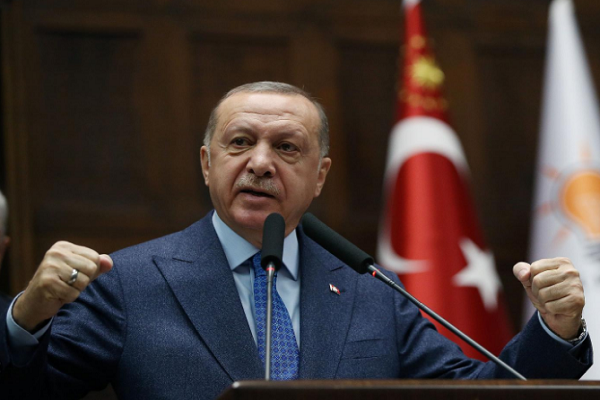 Tens of thousands of migrants have been trying to get into EU member Greece since Turkey said on Feb. 28 it would no longer keep them on its territory as agreed under the deal with Brussels in return for EU aid for the refugees.

Greece has used tear gas and water cannon to prevent migrants crossing the border and Erdogan condemned the actions of Greek security forces after showing a video of scenes at the border as he made a speech to his party’s lawmakers in parliament.

“There is no difference between those images on the Greece border and what the Nazis did,” he said, Reuters reported.

Greece has dismissed Turkish accusations that its forces have opened fire and killed several migrants at the border, accusing Ankara of spreading fake news.

“Until all expectations are met in a concrete way, we will continue our current practice at our borders,” Erdogan said, referring to aspirations including an update of Turkey’s customs union with the bloc, a revival of its stalled EU accession process and financial aid.

He said Turkey would submit proposals to the bloc by the time of an EU summit on March 26. The leaders of France and Germany are set to meet Erdogan in Turkey next week as part of efforts to solve the crisis.