FBI Offering Reward for Information on Those behind Missouri Mosque Arson

General
News ID: 3471267
TEHRAN (IQNA) – US authorities have said they are investigating a fire that badly damaged an Islamic center in Missouri on the first day of Ramadan. 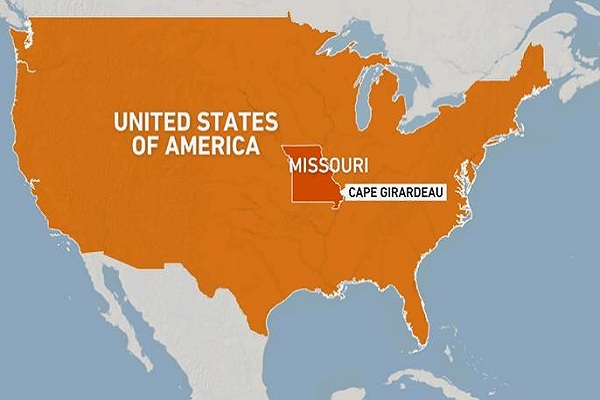 The FBI is offering a $5,000 reward for information leading to the arrest of anyone connected to the fire which broke out on Friday, coinciding with the start of a holy month for Muslims.

Richard Quinn, the special agent in charge of the St Louis Division, announced the reward on Friday, hours after the fire broke out early that morning at the Islamic Center of Cape Girardeau, located about 185km (115 miles) south of St Louis.

Twelve to 15 people were evacuated and escaped injury. Fire Chief Travis Hollis said the damage to the building was extensive.

According to Norman Baker, a Cape Girardeau Fire Department battalion chief, a man was captured on a security camera engaging in "suspicious activity" shortly before the fire began at about 5am, the New York Times reported.

The federal Bureau of Alcohol, Tobacco and Firearms and the state fire marshal are also investigating the fire.

"[Missouri Division of Fire Safety] is part of a joint local-state-federal probe of this suspicious fire in Cape Girardeau," Missouri Governor Mike Parson wrote in a tweet on Friday, according to Al Jazeera.

"In Missouri, we won't tolerate an attack on any house of worship. This was a cowardly act."

According to Sergeant Joey Hann with the Cape Girardeau Police Department, the team is investigating it as a potential case of arson, local broadcaster KFVS reported on Friday.

The Missouri chapter of the Council on American-Islamic Relations (CAIR), a Muslim advocacy group, said the fire began at the front door of the building.

CAIR noted the suspicious timing of the blaze as Thursday night was the beginning of Ramadan, a holy month during which Muslims fast and pray.

"Because the fire was deemed 'suspicious,' and because it occurred at a house of worship on a significant religious date, we urge law enforcement authorities to investigate a possible bias motive for the blaze," CAIR's national communications director, Ibrahim Hooper, said in a statement.

CAIR said the mosque suffered "significant damage" to the front entrance and on the second floor.

According to Hann, a man had made threats against the center about two years ago, prompting the department to assign an officer outside.