Winners of Quran Competition for Girls Awarded in UAE 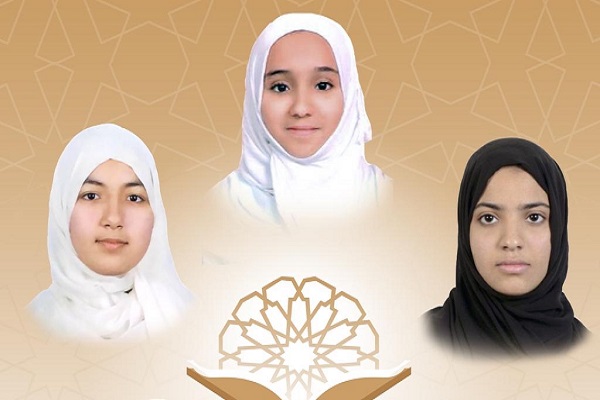 This edition of the Quran competition was held with the participation of 262 students of public and private schools and 119 students of Quran memorization centers in Dubai, Sharjah, Ajman, Ras Al-Khaimah, Fujairah, Khor Fakkan, and Um Al-Quwain.

The UAE’s General Office of Awqaf and Islamic Affairs held the preliminary stage of the Quranic event at four centers in Abu Dhabi, Al-Ain, Jafza and Ajman.

The competition was held in 11 categories, including memorization of short Surahs of the Quran for those mentally disabled.

Memorization of 15 Juzes was the category planned for all school students from the (Persian) Gulf Cooperation Council member states, Yemen and under 18-year-old students of Quran memorization centers.

The best Sowt and Lahn with Tajweed was another category of the competition for all students and those under 18.

The winners included 81 participants from the UAE and 16 Quran activists from other countries. They were 52 students from public and private schools, 17 disabled and 12 from correction and rehabilitation centers.

“Minar-ul-Iman” private school in Ajman and “Bibal ibn Ribah” Institute in Dubai were selected as the best Quranic school and educational institute.

Mosques to Reopen in Gaza for Friday, Eid Al-Fitr Prayers

How Will Michigan Muslims Celebrate Eid Amid Coronavirus Pandemic?