General
News ID: 3471563
TEHRAN (IQNA) – At least 21 members of The Hague's Muslim community have tested positive for COVID-19 after an outbreak at the Al Madinah Mosque, sources told Omroep West on Saturday, with one elderly member succumbing to the disease. 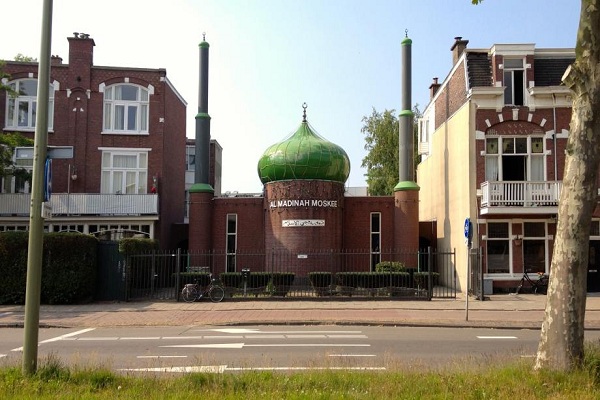 The mosque, which is part of the Faizul-Islam religious group, initially shut its doors on March 12 following the outbreak of COVID-19 in the Netherlands. However, according to Omroep West, members of the local Muslim community continued to frequent the mosque during Ramadan, often gathering in groups of more than 30 people.

According to the report, worshipers were able to gain access to the mosque despite its closure due to the large number of keys in circulation.

After a COVID-19 infection was reported to Faizul-Islam on May 22, the board took the decision to close the mosque until June 10, according to the group's website. "The mosque has been cleaned and disinfected, now the mosque is not accessible to anyone," wrote Faizul-Islam in a statement, advising that members of the community to have themselves tested for the coronavirus.

According to Omroep West, a number of concerned members of the Muslim community have gone further, petitioning The Hague municipality to close down the mosque. The municipality has acknowledged the concerns, but pointed out that as long as no more than 30 people are present inside, religious gatherings remain permitted.