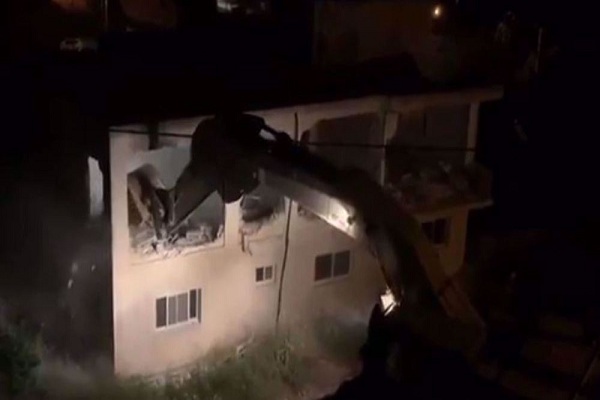 Kamal Obeidat, head of the Jerusalem’s Arab Chamber of Commerce and Industry, said the demolition orders were issued with the approval of Israel’s so-called planning and building committee and that the threatened facilities, including restaurants, recreational centers and car repair shops, were located in the industrial area of Wadi al-Joz, which is one of the liveliest areas in the 300,000-population city.

Obeidat lambasted the “racist move” by the Israelis and said the decision was aimed at taking over the only Palestinian-owned industrial area in Jerusalem al-Quds in order to further Judaize the holy city and alter its identity.

The official also called on the Palestinian residents of Jerusalem al-Quds to unite and confront the Israeli aggression plan.

The demolitions come amid heightened tensions in the Old City of Jerusalem al-Quds after Israeli forces fatally shot an unarmed Palestinian with mental disabilities, who was also from the Palestinian neighborhood of Wadi Al-Joz.

Israel has been occupying the West Bank, including East Jerusalem al-Quds, since 1967. Ever since, it has been building settlements throughout the land, in a move condemned by the United Nations and considered illegal under international law.

International bodies and rights groups say Israeli demolitions of Palestinian structures in the occupied West Bank and East Jerusalem al-Quds are an attempt to uproot Palestinians from their native territory and confiscate more land for the expansion of illegal settlements.

About 600,000 Israelis live in over 230 illegal settlements in the West Bank and East Jerusalem al-Quds.