Concerns about Rise in Islamophobia As Mosques in England Reopen

General
News ID: 3471715
TEHRAN (IQNA) – MPs are braced for a rise in Islamophobia as mosques start to reopen across England, after a rise in racism and conspiracy theories about Muslims and coronavirus. 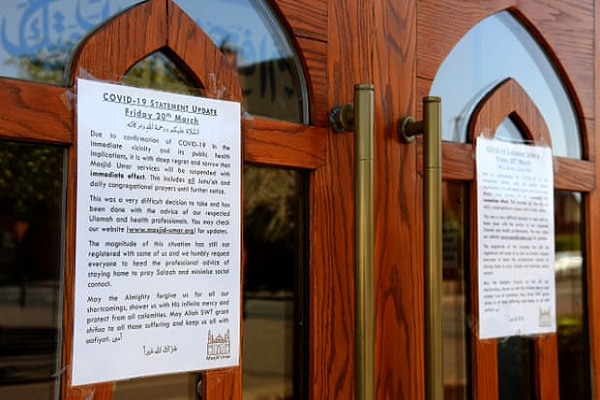 Afzal Khan, the vice-chair of the all-party parliamentary group for British Muslims, received dozens of racist emails during Ramadan and the festival of Eid al-Fitr, and has seen false stories about Muslims increasing the transmission of coronavirus on social media.

“The journey of this is first the thoughts, then the words, then the action comes. We know in the past things have happened.

“It’s true that a large number of people do participate [at mosques]. But they understand the risk. They are complying with [the rules] and there is no evidence to show that they are not and yet the narrative from the far right is the opposite.”

Yasmin Qureshi, the shadow international development minister and one of the first female Muslim MPs, Tan Singh Dhesi MP and Wes Streeting MP, who are both vice-chairs of the APPG for British Muslims, also have concerns.

Streeting is calling on police to consider increasing security at mosques in their operational plans as lockdown eases across the UK.

Dhesi, the first Sikh MP to wear a turban in parliament, said mosques could be targeted, as well as gurdwaras. He said: “There have been attacks in the past, people have been cooped up at home, and there’s been a distortion of what’s going on through social media. They may feel very, very worked up.

“Communal elements are more common in certain faiths but there have been certain elements of the far right saying this is how the coronavirus is spreading. This is a dangerous narrative we need to call out,” he said.

Racist emails were sent to Khan after he spoke out against Tommy Robinson and Britain First’s TikTok accounts, which have since been banned.

The organization Tell Mama, which supports victims of anti-Muslim hate, has so far recorded dozens of incidents of far-right groups blaming British Muslims for the spread of the virus.

Yemen's Ansarullah Agrees to Give UN Access to Abandoned Tanker