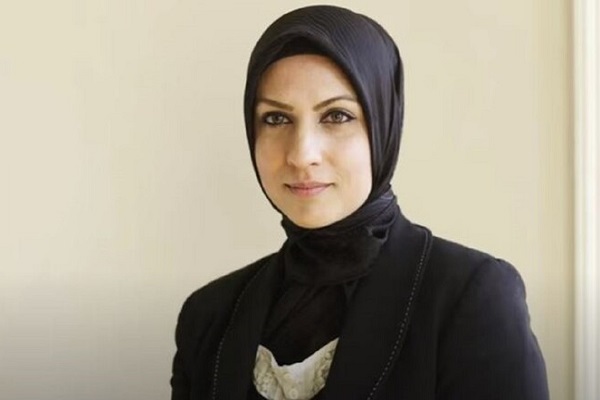 In a statement posted on its Facebook page, the Islamophobia Watch said the move was a positive one in countering anti-Islamic far-right groups.

It noted that the move has received positive reaction from British Muslims, especially Hijab-wearing women in the country.

They hope this will be a step that would lead to changing stereotypes about Muslims, the statement added.

Raffia Arshad, 40, started dreaming of a career in law when she was just 11 – but grew up questioning if there would be ‘people who looked like me’ and if a working-class woman from an ethnic minority background could make it in that world.

Nearly 30 years later, she is not only a successful barrister, but was appointed a Deputy District Judge on the Midlands circuit last month.

In a recent interview, the mum-of-three says she now wants “to make sure the sound of diversity is heard loud and clear”.

“It’s odd because it’s something I’ve been working towards for a number of years and I always imagined I’d be absolutely ecstatic when I found out.

“I was happy, but the happiness I’ve had from other people sharing this is far greater. ‘I’ve had so many emails from people, men and women. It’s the ones from women that stand out, saying that they wear a hijab and they thought they wouldn’t even be able to become a barrister, let alone a judge.”

Although Raffia is a powerhouse with a 17-year career behind her, she says she still encounters discrimination and prejudice “sometimes on a daily basis”.

The Midlands-based judge, who grew up in West Yorkshire, experienced one of the most profound moments of her working life when she was advised by her own family member to not wear her hijab to an interview for a scholarship at the Inns of Court School of Law in 2001. Her chances of success would dramatically decrease if she wore it, her relative warned her – but Raffia refused to bow to pressure.