General
News ID: 3471760
TEHRAN (IQNA) – The United Nations Human Rights Council (UNHRC) adopted a resolution calling upon Myanmar to create conditions and to establish a plan conducive to the voluntary, safe, dignified and sustainable return of Rohingyas and all refugees and forcibly displaced persons. 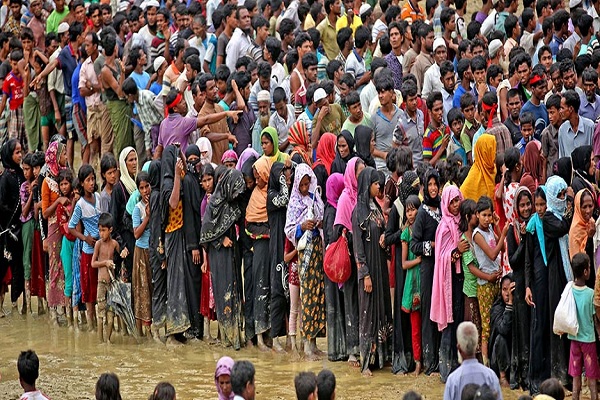 The resolution on the situation of human rights in Myanmar also stressed the need to effectively address the root causes of human rights violations and abuses against ethnic minorities, including the Rohingya Muslims, in the Rakhine State.

In its 43rd session, the 47-member UNHRC adopted the resolution on Monday in Geneva by a vote of 37 in favor, 2 against and 8 abstentions.

The Philippines and Venezuela voted against while Angola, Cameroon, Democratic Republic of the Congo, India, Indonesia, Japan, Nepal and Senegal abstained.

The UNHRC urged the government of Myanmar to grant full and unhindered access to the diplomatic corps, independent observers and representatives of the national and international independent media, without fear of reprisal, intimidation or attack, and to lift the Internet shutdown in Rakhine and Chin States that has been in place in four townships since June 21, 2019, and five more townships since February 3, 2020.

The resolution appreciated the ongoing humanitarian efforts and commitments that the government of Bangladesh, in cooperation with United Nations agencies and the international community, including all humanitarian actors, has extended to those Rohingyas fleeing human rights violations and abuses in Myanmar.

The council also welcomed the order of the International Court of Justice of January 23, 2020, in the case lodged by the Gambia against Myanmar on the application of the Convention on the Prevention and Punishment of the Crime of Genocide, which concluded that, prima facie, the court had jurisdiction to deal with the case, which found that the Rohingyas in Myanmar appeared to constitute a “protected group” and that there was a real and imminent risk of irreparable prejudice to the rights of the Rohingyas in Myanmar, and which indicated provisional measures against Myanmar.

The UNHRC also decided to extend the mandate of the Special Rapporteur on the situation of human rights in Myanmar for a further period of one year, requested the new mandate holder to present an oral progress report to the Human Rights Council at its forty-fourth and forty-fifth sessions and to submit a report to the Third Committee at the seventy-fifth session of the UN General Assembly and to the council at its forty-sixth session, in accordance with its annual program of work.

It also invited the Special Rapporteur to continue to monitor the situation of human rights and to measure progress in the implementation of the recommendations made by the mandate holder.

The council further requested the Special Rapporteur to undertake thematic research with a view to monitoring the implementation of the recommendations made by the independent international fact-finding mission on Myanmar, and to provide detailed updates on the issues covered by the mission in its reports and conference room papers.

France: Over 100 MPs Call for Sanctions against Israel, Recognition of Palestine