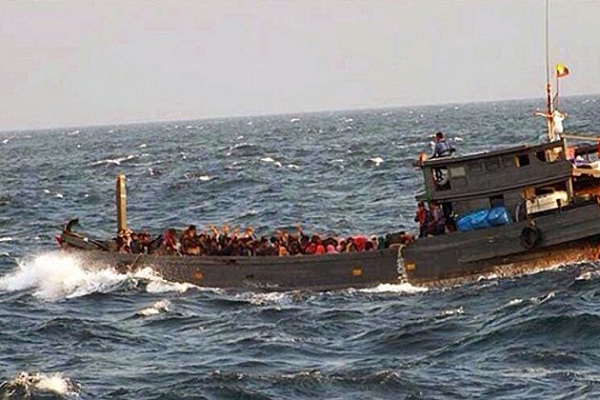 Police said the boat, found by fishermen on Sunday, was carrying around 94 foreign nationals, including 79 women and children, the Daily Sabah reported.

Dicky Ronie, an official at the immigration office in nearby Lhokseumawe, said officials believed the foreign nationals were ethnic Rohingya, but investigations were ongoing.

The disaster mitigation agency in Aceh, on the island of Sumatra, said authorities were planning to bring the boat ashore.

Teuku Faizasyah, the spokesperson for Indonesia’s foreign ministry, was not immediately available for comment.

The arrival comes as survivors from another boat crammed with more than 300 Rohingya Muslims told Malaysian authorities that dozens on board had died and their bodies were thrown in the sea during a four-month voyage.

The boat had landed on the Malaysian island of Langkawi on June 8, with 269 people abroad.

Mainly Muslim Malaysia is home to the second-largest number of Rohingya refugees after Bangladesh. Nearly 750,000 crossed the border into Bangladesh following the 2017 military crackdown on the minority group in Myanmar's northern Rakhine state.

Rohingya Muslims have made perilous voyages to Malaysia, Thailand and Indonesia for years, fleeing persecution in predominantly Buddhist neighbor Myanmar or poverty in refugee camps in Bangladesh.

More than 1 million live in squalid conditions in sprawling camps in the south of Bangladesh, with as many as a dozen people sharing one shelter and scarce access to soap and water in some areas.