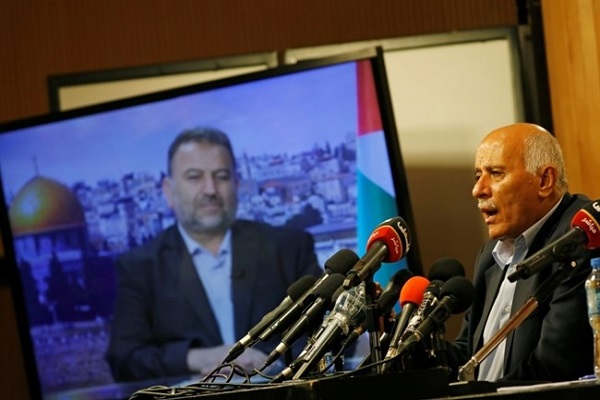 "We will put in place all necessary measures to ensure national unity" in efforts against annexation, senior Fatah official Jibril Rajub said in Ramallah at the news conference, also addressed by Hamas official Saleh al-Arouri by video-link from Beirut.

"Today, we want to speak in a single voice," Rajub said, AFP reported.

Fatah, which controls the Ramallah-based Palestinian Authority, and Hamas that runs the Gaza Strip have been plagued by divisions for more than a decade.

The joint press conference was spurred by their common opposition to US President Donald Trump's Middle East plan.

The so-called “deal of the century” plan paves the way for Israel to annex roughly 30 percent of the occupied West Bank, including Jewish settlements in the territory considered illegal under international law.