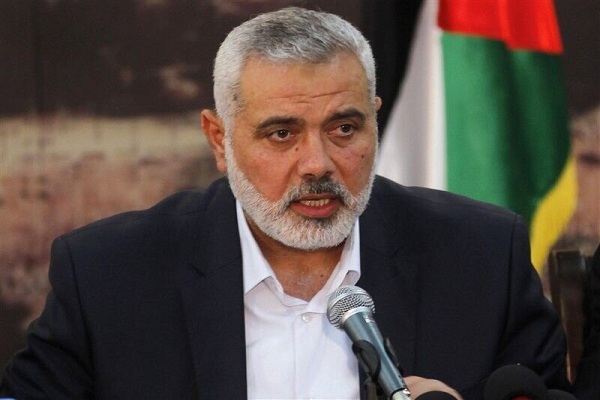 “As Hamas, we have started work to ensure the national unity of Palestine inside and outside and to eliminate the separation points,” Haniyeh said in talks organized by the Yedi Hilal Foundation.

Haniyeh stressed that they had to immediately act to achieve national unity at a time when attempts are being made to purge Palestine through Israeli annexation plans in the West Bank and the so-called “deal of the century”.

Referring to a meeting in Gaza attended by all parties, especially Fatah, he said they told them that reconciliation is necessary to prevent the annexation of the West Bank.

“With a common decision, we showed how we will stand against the annexation of the West Bank with a strong voice,” he said.

“Israel has several strategic goals related to the annexation of the West Bank. Israel says Palestine is a Jewish state and wants to legalize this thesis,” he said, adding if this plan is internationally accepted, there would be a legal step to completely remove Palestinians from the territories.

Underlining that Zionist attacks backed by the US continue in Gaza and the West Bank, he said Gaza has experienced three major attacks and wars in the past eight years.

The economic blockade imposed by Israel has serious consequences aimed at completely destroying Palestinians, he added.

Israeli Prime Minister Benjamin Netanyahu announced last month that his government would formally annex the Jordan Valley and all settlement blocs in the West Bank.

The West Bank, including East Jerusalem al-Quds, is seen as occupied territory under international law, making all Jewish settlements there as well as the planned annexation illegal.

Palestinian officials have threatened to abolish bilateral agreements with Israel if it goes ahead with the annexation, which will further undermine the two-state solution.

The annexation stems from US President Donald Trump’s plan which was announced on Jan. 28. It refers to Jerusalem al-Quds as “Israel’s undivided capital” and recognizes Israeli sovereignty over large parts of the West Bank.

The plan calls for the establishment of a Palestinian state in the form of an archipelago connected through bridges and tunnels.

Palestinian officials say that under the US plan, Israel will annex 30%-40% of the West Bank, including all of East Jerusalem al-Quds.