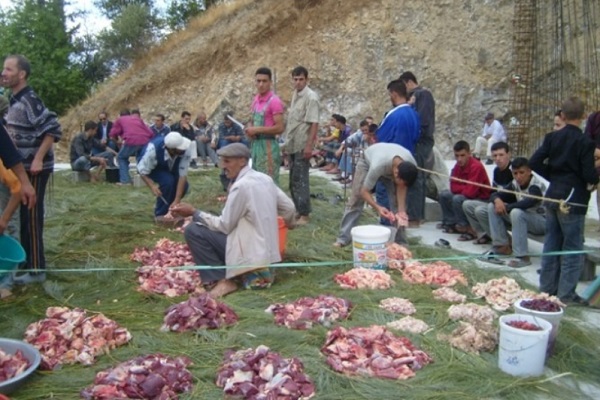 Giving alms cannot replace sacrificing animals on the Eid, the association said in response to questions about the issue, Anadolu Agency reported.

Earlier, a member of Algeria’s parliament had called for giving alms to those in need in place of sacrificing animals, especially given the hardship caused by the coronavirus outbreak.

He had also warned that sacrificing animals in public places could lead to further spread of COVID-19.

Earlier this month, the Darul Ifta of the Jamia Nizamia in India issued a fatwa (religious edict), saying that Muslims can give donations instead of sacrificing animals on Eid al-Adha if the situation doesn’t permit them to do so due to the COVID-19 pandemic.

The fatwa said an equal amount of money could be donated to the poor instead.

Eid al-Adha is one of Islam’s holiest festivals celebrated annually around the world and an official holiday in Muslim-majority countries.

0
LIKE
Error Report
Related News
Eid Al-Adha Prayers to Be Held in Certain Mosques in Saudi Arabia
When Will Be Eid Al-Adha This Year?
Tags: Eid al-Adha ، Muslim ، scholars ، Algeria ، sacrificing
Your Comment