General
News ID: 3472163
TEHRAN (IQNA) – The Afghan intelligence service says it has killed a high ranking official with the Daesh affiliate in an operation in eastern Afghanistan. 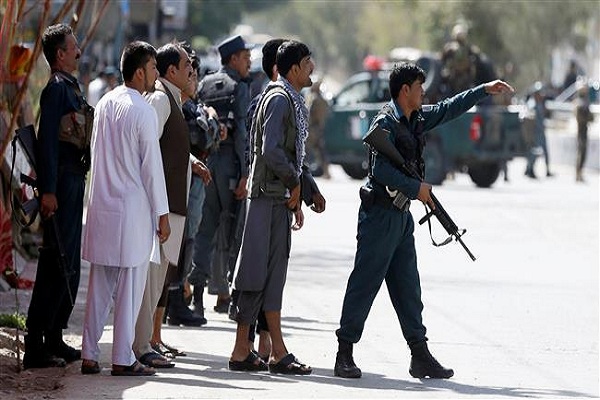 A statement released by the National Directorate of Security late Saturday said Assadullah Orakzai was an intelligence leader for Daesh and special forces killed him near Jalalabad, AP reported.

Orakzai was suspected of being involved in several deadly attacks against both military and civilian targets in Afghanistan.

Last week, a United Nations report said Afghanistan saw a 13% drop in the number of civilians killed and wounded in violence across the country in the first six months of the year, compared to the same period last year.

In March, a lone Daesh gunman rampaged through a Sikh house of worship in the heart of the Afghan capital, killing 25 worshipers and wounding eight.

The gunman held many worshipers hostage for several hours while Afghan special forces, helped by international troops, tried to clear the building. At least one of the dead was a child.

Within hours, the Daesh group claimed responsibility for the attack.

The Afghan special forces rescued at least 80 worshipers who had been trapped inside the Sikh house of worship, known as a Gurdwara, as the gunman lobbed grenades and fired his automatic rifle into the crowd.