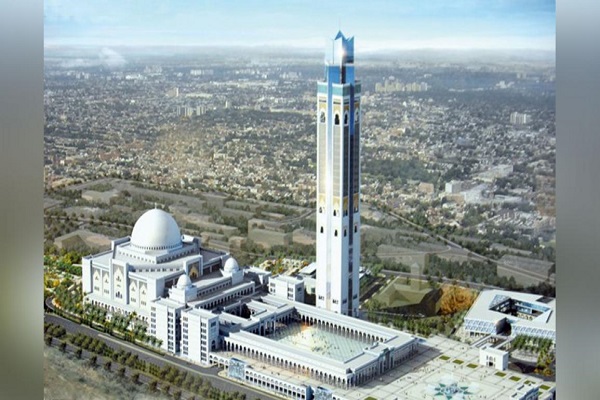 According to al-Araby website, eight years after the construction of the mosque began, it is now ready for inauguration.

The official ceremony will be held in early November, concurrent with the 66th anniversary of the Algerian revolution, the country’s president, Abdelmadjid Tebboune, said during a visit to the mosque.

The mosque had been scheduled to be officially launched in the holy month of Ramadan this year (Apirl-May) but its inauguration was postponed due to the coronavirus outbreak.

The mosque houses the world’s tallest minaret and is the largest in Africa and the third-largest in the world.

Its construction began in August 2012 after the Algerian government’s contract, for 1 billion euros, was won by the China State Construction Engineering Corporation.

The mosque sits on a site covering 400,000 m2 and overlooking the Mediterranean Sea. The prayer hall has a capacity of 37,000 worshippers, while the structure including the compound can house up to 120,000 worshippers and has parking space for 7,000 cars. The complex also houses a Quran school, a park, a library, staff housing area, a fire station, a museum of Islamic art, and a research center.

The mosque also has a 265-meter-tall minaret, which makes it the tallest building in Africa.