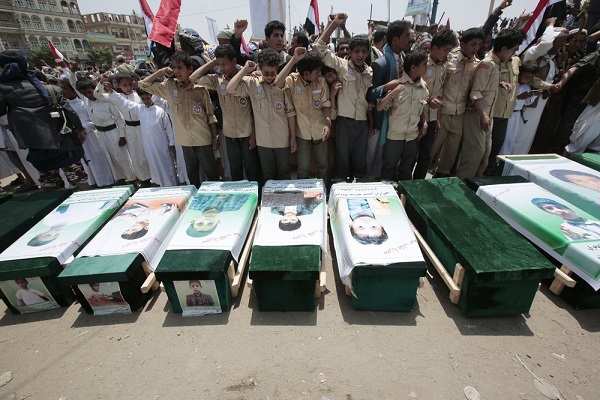 Saudi Arabia on Tuesday won only 90 votes out of 193 ballots possible to be able to join the 47-nation council.

Riyadh’s failed attempt at joining the council came after Human Rights Watch (HRW) on Thursday urged world leaders to vote against the move.

The HRW accused Saudi Arabia of “massive rights violations,” and targeting human rights campaigners and political dissidents. The New York-based organization also called Riyadh a “serial rights abuser” which has threatened to withdraw funding for the UN to force it into removing Riyadh from its annual list of child-killers.

Official figures show over 7,200 children have been either killed or wounded in the Saudi-led onslaught on Yemen since 2015.

“Rights abusers should not be rewarded with seats on the Human Rights Council,” said Louis Charbonneau, UN director at HRW, Press TV reported. “It’s not good for human rights or for the rights council when the worst rights violators get elected.”

Among other accusations, the HRW also invoked a lack of accountability following Saudi Arabia's murder and dismemberment of renowned journalist Jamal Khashoggi at the kingdom's embassy in Istanbul in October 2018.

Since March 2015, when Saudi Arabia and a number of its regional allies launched a devastating Western-backed war on Yemen, Amnesty’s researchers have investigated dozens of airstrikes and repeatedly found and identified remnants of US-manufactured munitions.

According to a report by the Armed Conflict Location and Event Data Project (ACLED), a nonprofit conflict research organization, the Saudi-led war has so far claimed the lives of around 56,000 Yemenis.

The war has also taken a heavy toll on the country’s infrastructure, destroying hospitals, schools, and factories. The United Nations has already said that a record 22.2 million Yemenis are in dire need of food, including 8.4 million threatened by severe hunger. According to the world body, Yemen is suffering from the most severe famine in more than 100 years.

The UN in February warned that the situation in war-ravaged Yemen is further deteriorating as the Arab country is facing the biggest humanitarian crisis in the world.