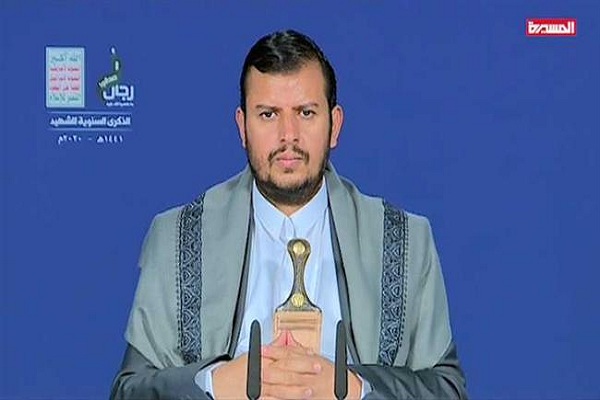 “Takfiris are supported by the US, France and Western countries. They are the parties that have stood by Takfiris to target Muslims as they massacre them. The United States and its allies in Syria, Yemen, and other countries are supporting Takfiris, because they are using the extremists to tarnish the image of Islam. Western intelligence agencies, including the one in France, are involved in monitoring and supporting them,” Abdul-Malik al-Houthi said at a televised speech broadcast live from the Yemeni capital of Sana’a on Monday evening.

Houthi also warned that distortion and misinterpretation of Islamic teachings have created a deep rift among Muslims and posed serious problems to them.

“Enemies have used such deviation to insult the Holy Qur'an and Islam. There is no mercy or sympathy whatsoever in the Western civilization. They trample on [the rights of] human societies, deprive people of their freedom, plunder their wealth and occupy their lands, and then lecture others on human rights,” he highlighted, according to Press TV.

The Ansarullah chief then questioned Western states’ respect for human rights in Yemen, Palestine and other Arab and Muslim countries, saying US President Donald “Trump is proud that he is ready to give Arab lands to the [Israeli] enemy and expropriate them as he did in the Syrian Golan Heights. What sort of civilization is this?”

Houthi went on to say that insulting Islam is allowed while criticizing Zionists is prohibited in France and whoever does so will be brought to trial.

“In the West, on the other hand, you are allowed to insult Islam and prophets, become atheists and insult God. But you are not permitted to insult Zionists and stand up to them,” the Yemeni Ansarullah leader pointed out.

“In the world, there is a blatant and insulting attack on the Prophet [Muhammad (PBUH)], Islam and Muslims, and the campaign seeks to target our faith with the goal of cultural dominance,” Houthi noted.

The Ansarullah leader stressed that efforts are being made to turn Muslim nations into subordinates of the US, Western states and the Israeli regime.

“Plots aimed at enslaving and distancing us from our religious teachings and identity must not be accepted at all,” he said.

Houthi then denounced French President Emmanuel Macron's recent anti-Islam remarks as a form of hostility toward the Muslim world.

“France and the West are insulting Islam and the Prophet Muhammad (PBUH). At the same time, they are caring for Zionists and don’t stand any insults directed at them,” he said.

The Ansarullah leader finally held arrogant powers, led by the US and the Israeli regime, accountable for the sufferings of nations worldwide.