General
News ID: 3472910
TEHRAN (IQNA) – Sudan’s transitional government agreed to normalize ties with the Zionist regime of Israel after the US removed the African state from its terrorism blacklist and offered it financial aid in exchange. 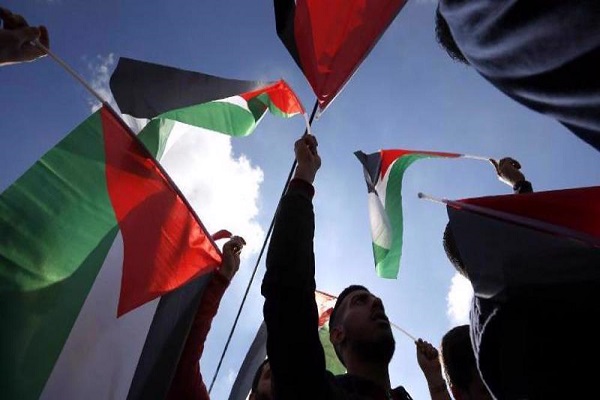 A joint statement issued by the trio said the leaders had agreed “to the normalization of relations between Sudan and Israel and to end the state of belligerence” between the two sides.

An official signing ceremony is expected to be held at the White House in the weeks to come.

Following the United Arab Emirates (UAE) and Bahrain, Sudan is the third Arab country to have been pushed by the United States into a normalization deal with Israel since August.

In recent months, Trump, seeking re-election in early November, has been scrambling to hammer out peace treaties between Arab governments and Israel in order to portray them as foreign policy gains.

Both Israeli and US government figures have repeatedly hinted since August — when the UAE announced normalization with Tel Aviv — that other Arab countries would follow suit.

The latest development follows an agreement between Sudan and the US, under which Washington agreed to remove Sudan from a list of countries it calls state sponsors of terrorism, unblocking economic aid to and investment in the African country.

US media cited sources as saying in late September that Khartoum had been offered a large sum of cash aid by Washington in exchange for establishing ties with Israel. The US and Sudan had been negotiating the amount during the talks leading up to the deal

Shortly after the joint statement, Israeli Prime Minister Benjamin Netanyahu called the new agreements with Sudan the start of “a new era” in the region.

He thanked Trump for setting the stage for the deal, saying Israeli and Sudanese delegations would meet soon to discuss commercial and agricultural cooperation.

The agreement is likely to spark outrage among the public in Sudan, where pro-Palestine sentiment runs deep. Several street protests had been held in recent weeks amid speculation of Khartoum’s imminent normalization with Israel.

‘Sudan’s interim govt. has no mandate to normalize with Israel’

Earlier on Friday, Sudan’s National Umma Party (NUP) rejected any normalization with Israel, warning that it if such a thing happens, the bloc will withdraw its support from the transitional government, which took power last year after longtime leader Omar al-Bashir was overthrown by the army.

The NUP’s leader, Sadiq al-Mahdi, said the transitional government — which is to remain in office until elections in 2022 — has no mandate to make decisions on such controversial issues.

‘Another stab in Palestine’s back’

Later on Friday, different Palestinian factions in the Gaza Strip and the occupied West Bank joined voices to condemn Sudan’s decision to follow in the footsteps of the UAE and Bahrain and betray the Palestinian cause against Israeli occupation.

Speaking in Ramallah, senior Palestine Liberation Organization official Wasel Abu Youssef said “Sudan’s joining others who normalized ties with…the Israeli occupation represents a new stab in the back of the Palestinian people and a betrayal of the just Palestinian cause.”

He added, however, that Khartoum’s treacherous move “will not shake the Palestinians’ faith in their cause and in continuing their struggle.”

In turn, the Gaza-based Hamas resistance movement said the deal that Sudan struck with Israel is a “political sin” that harms both Palestinians and Sudanese.

The accord “harms our Palestinian people and their just cause, and even harms the Sudanese national interests,” the statement said. “It benefits only Netanyahu.”

Meanwhile, the Islamic Jihad resistance movement, also based in Gaza, said in a sparate statement that Sudan had tarnished its reputation by normalizing ties with the Zionist regime.

The deal will pose a threat to Sudan’s future and identity, said the group, describing the agreement as a betrayal of the Arab Ummah and its long-held consensus on supporting the cause of fellow Palestinians against occupation.

Historically, Arab countries agreed that no ties should be established with Israel unless it withdraws from the territories it occupied in the 1967 war and the establishment of a Palestinian state with East Jerusalem (al-Quds) as its capital.