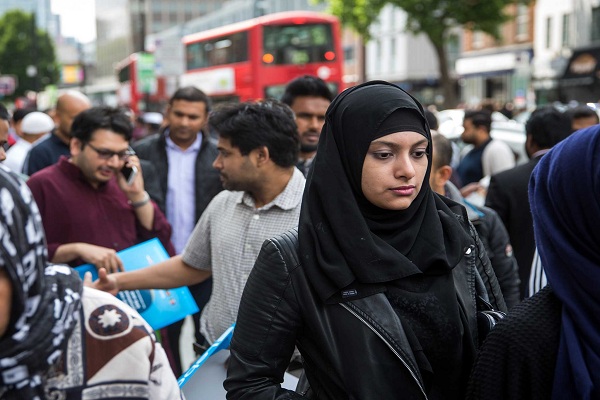 An investigation carried out by Labour Muslim Network and reported by ITV News, revealed that more than a third of Muslims associated with the Labour Party have witnessed Islamophobia.

Ali Reza Milani, who stood against prime minister Boris Johnson in Uxbridge and South Ruislip parliamentary constituency in the last year’s general election, claimed a fellow party member told him Muslims could not be in the parliament because of “their propensity to violence” and asked if he was a terrorist, ITV News reported.

Milani said: “It hurts to feel like I experienced that sort of abuse from a party member and it not only took a year for them to get back to me, but the complaint was lost. It’s just hurtful.”

“Whilst the Labour Party has enjoyed the overwhelming support of the Muslim community for decades, we cannot take their support for granted.

“The Labour Party must commit to a zero tolerance of Islamophobia and rebuild confidence with its Muslim members,” Khan said.

Labour MP Apsana Begum representing the Poplar and Limehouse constituency told ITV News: “It’s quite regular to be asked questions and to constantly be asked to reaffirm my commitment towards British society as if in some way my identity and politics are not compatible.”

The report also revealed that 59 per cent of Muslims surveyed said they did not feel well represented by the Labour Party.

Responding to the report, the Labour leader Keir Starmer, and deputy leader, Angela Rayner, said: “We thank Labour Muslim Network for this important report, as well as their work to ensure our Muslim members are represented, included and heard.

“Islamophobia has no place in our party or society and we are committed to rooting it out.

“We look forward to working with LMN to implement their recommendations and will be meeting with them to discuss the next steps in tackling the scourge of Islamophobia.”