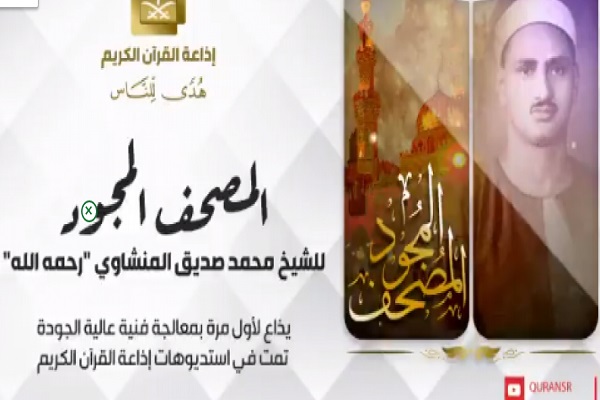 It added that the recitations were recorded in Egypt some 50 years ago.

Born in 1920 in the city of Al Minshah in Sohag Governorate of Egypt, Minshawi was raised in a family of Quran reciters.