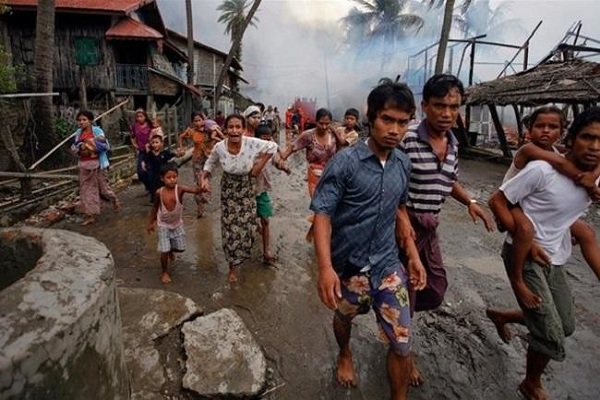 Officials at the Organization of Islamic Cooperation (OIC) General Secretariat said the grouping of 57 countries having large Muslim populations said Bangladesh appeared to be the largest contributor to the fund donating half a million dollar of the $1.2 million.

They said Saudi Arabia disbursed $300,000, Turkey, Nigeria and Malaysia each deposited $100,000 while the remaining $100,000 came from Islamic Solidarity Fund, a special OIC fund.

The Gambia, on the other hand, said it immediately needed $5 million to pay a Washington-based law firm, which is engaged in the ICJ to fight the battle.

He added that The Gambia was under "intense pressure" over the payment issue from the international lawyers group prosecuting the case in the ICJ.

Jallow estimated that the eventual cost to run the legal battle was likely to be over $10 million until getting the final verdict at ICJ.

The Gambia appointed a team of international lawyers of "Foley Hoag Legal Firm" of Washington DC alongside a group of Gambian legal experts headed by himself.

The CFM meeting witnessed both Gambia and Bangladesh making a strong plea to rally fellow OIC states financial support for the case while the general secretariat of the grouping opened a special account to receive contributions.

OIC Secretary General Yousef bin Ahmed Al-Othaimeen told the CFM that Rohingyas were kicked out by their "own country" and "denied all human rights."

Asked by the BSS correspondent at a post-CMF press conference what was OIC step to mobilize the fund for the genocide case the OIC secretary general said he urged all member states to donate more fund.

"It's an [ethnic] cleansing... [it] is something unimaginable in this 21st century," he said referring to the atrocities against Rohingyas.

Bangladesh currently hosts over 1.1 million forcefully displaced Rohingyas in Cox's Bazar district that borders Myanmar's Rakhine state, their homeland which these forcibly displaced people fled since August 25, 2017, after the Buddhist-majority country's military launched against them a ruthless crackdown.

In November 2019, being backed by the OIC, Gambia filed the case at the ICJ accusing Myanmar of spearheading the genocide while Canada and the Netherlands stood by the West African nation at the court.

The ICJ in The Hague on January 23 under unanimous decision ordered provisional measures, to prevent further acts of genocide against the Rohingyas in Myanmar as the case was underway.

As its subsequent measures The Gambia submitted to the ICJ over 500 pages of legal and factual argumentation, supported by over 5,000 pages of annexed evidentiary materials as well as several video files, satellite imagery, maps and figures.

The Gambian justice minister told BSS that his country gathered evidence from Twitter and Facebook as part of its efforts to gather proof to support the case through two lawsuits in US courts.

Myanmar authorities were carrying out a hate campaign against Rohingyas using social media.

"All this work has led to the accumulation of legal fees of over $5 million, unfortunately, the law firm is yet to receive any significant payment for services they rendered since September 2019," Jallow said.

The Gambian minister said his country so far managed to pay the firm only $300,000, an amount which is less than 10% of the bill.

A Bangladesh foreign ministry official familiar with the OIC affairs, meanwhile, said Dhaka plans to take an extra initiative to raise funds for Gambia through knocking all OIC member states one to one.

In a recent interview with BSS, Commonwealth Secretary General Patricia Scotland said her office was reviewing possibilities of forming a "large pool of lawyers" drawn from the grouping's member states to support The Gambia in fighting the case in ICJ.

Earlier, Foreign Minister AK Abdul Momen urged different global multilateral platforms to create a "Friends of the Gambia group" for promoting to make accountable the persons responsible for the atrocities.