General
News ID: 3473796
TEHRAN (IQNA) – Marginalized people can be drawn to extremist views because they have little hope for change in their own, or family’s, or community’s, circumstances, a University of Waterloo scholar said. 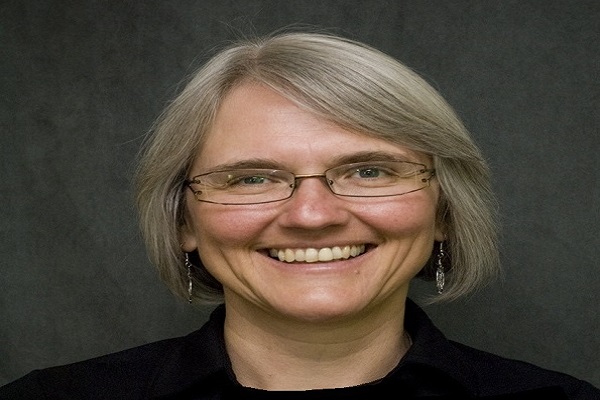 “My perception would be that a great deal of the underlying impulse for people to join movements like Boko Haram and ISIS is poverty and lack of opportunity incited by radical rhetoric,” Mary Lou Klassen told IQNA in an interview.

Klassen is a PhD candidate at Wilfred Laurier University. She worked with Mennonite Central Committee (MCC) in Africa for sixteen years, seven of which were in Uganda and the others in both Nigeria and the Democratic Republic of Congo. Her work primarily focused on peacebuilding, communications, and administration.

IQNA: Groups such as Daesh (ISIL or ISIS) and Boko Haram now appear to have gained more power and influence in West Africa, and especially in Nigeria, than in the past. How do you assess this situation?

Klassen: With the caveat that a) I have more experience in Nigeria specifically than the regional context; and b) my focus on West African issues has diminished since I was in Nigeria in 2015, I offer the following. My perception would be that a great deal of the underlying impulse for people to join movements like Boko Haram and ISIS is poverty and lack of opportunity incited by radical rhetoric. As we are seeing elsewhere in the world, marginalized people can be drawn to extremist views because they have little hope for change in their own, or family’s, or community’s, circumstances.

While correlation does not mean causation, the report by the World Bank, Advancing Social Protection in a Dynamic Nigeria, that states that “the north [of Nigeria] accounts for 87 percent of all poor in the country in 2016,” (p. 14) is quite staggering. The report points to the multi-dimensional nature of the marginalization and inequality, including “mismatches between youth aspirations and employment opportunities available in the economy, poor education and health services utilization, weak governance, climate change,” (p. 14). Boko Harm and ISIS are active in Nigeria’s northern areas.

IQNA: What is the main reason for the inclination of some locals to join Boko Haram and how can this be averted?

Klassen: It is difficult for me to speak to the individual motivations of people who are inclined to join the Boko Haram. As noted above, I believe a good part of the underlying issues relates to a sense of marginalization. There may also be elements of local politics and power structures that move people to join in the Nigeria context.

IQNA: Some believe that countries such as Saudi Arabia, along with their large investments in Africa, promote the ideology of extremism. What are your thoughts on this?

Klassen: While in Nigeria, I did hear these rumors but have no personal experience or research to affirm or deny this kind of claim.

IQNA: What is the reason for the Nigerian government's harsh treatment of the country's Shias and their leader Sheikh Zakzaky?

Klassen: I apologize for being unfamiliar with this concern, so cannot speak to this issue. My work focused on the inter-religious conflicts in the country, not the intra-religious ones.

IQNA: How do you assess the future of Nigeria in the light of current political and social tensions?

Klassen: Truly, Nigeria is in difficulty. At the same time, despite the suffering, conflicts, inequalities, I am always impressed by the resilience and creativity of the people. In many ways, Nigeria should not work, given the way Africa was carved up by the colonial powers, but it moves along. I note the peaceful transition of power after the 2015 election that was feared to cause country-wide collapse.

Just as conflicts arise, there are also those who risk life and limb to speak for peace and to work for reconciliation—I can tell many stories about those kinds of people and introduce you to them—continuing along quietly and faithfully over many years. These many folks represent the diverse communities in Nigeria. Hence, I have faith, perhaps not in the government or international community, but in the Nigerian people. The largely peaceful recent #EndSARS protests against police brutality that are led by savvy young Nigerian leaders gives me hope.