General
News ID: 3473890
TEHRAN (IQNA) – Masjid Mir Mahmood Shah or Jinn ki Masjid near Mir Alam Tank in India’s Hyderabad, which is considered to be the world’s smallest mosque, is in dire need of repairs. 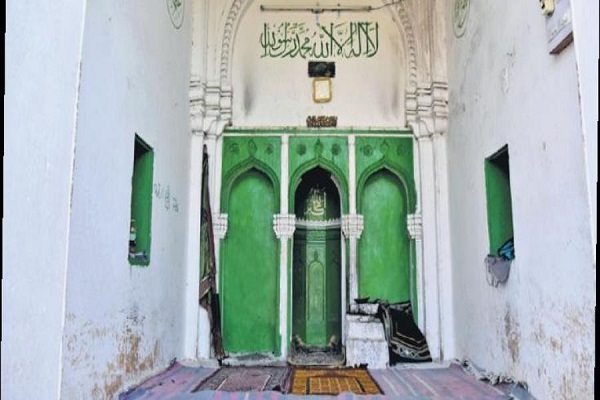 The 16th century masjid, which is 110 sq feet in size, is located on a hillock named Mir Mahmood ki Pahadi overlooking the Mir Alam Tank. Within the compound of the mosque is a dargah which was constructed by Mir Mahmood, a Sufi who migrated from Iraq during the reign of Abdullah Qutb Shah, the seventh ruler of the Golconda kingdom.

This mosque has traditional elements of Qutb Shahi architecture, including turrets and a big arch, under which there is a small clearing for  devotees to pray. Various parts of the age-old Qutb Shahi mosque are dilapidated - as highlighted in a report by Vaasamaha Consultants.

“Most of the inscriptions, jali work, and stucco work in the dargah have been erased over the years with layers of paint and repair work (needed). But the few remnants show that the tomb is a work of art. Inside the dome there is a box with some prized relics, which is rarely opened,” the report said.

Apart from that, lime plaster is peeling off the ceiling of the masjid. Besides, the way to the mosque is dangerous with loose stones lying everywhere. The stairs leading to the top of the mosque have no railings

This is such a small mosque that at a time only five people can pray in it. Although a mosque in Bhopal is said to be the smallest mosque, along with another in the city of Naberezhnye Chelny in Russia, when it comes to specific dimensions, the Jinn ki Masjid is the smallest.