General
News ID: 3473899
TEHRAN (IQNA) – An Islamic association of Malaysia on Friday called on the international community to stand up in solidarity with the Kashmiri people and stop human rights abuses by the Indian security forces who are enjoying “impunity for crimes” committed in the Indian-administered Jammu and Kashmir. 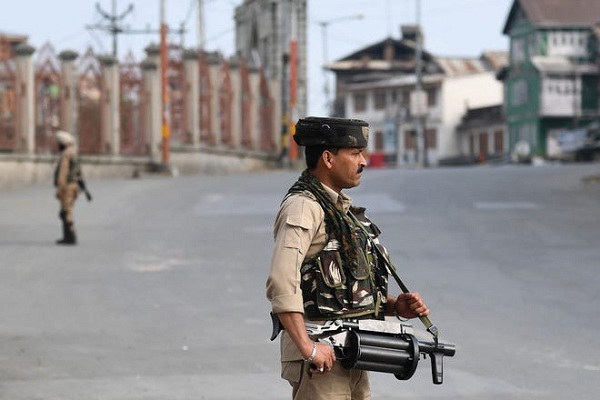 In a message on the “Kashmir Solidarity Day”, Malaysian Consultative Council for Islamic Organization President Mohd Azmi Abdul Hamid claimed that since 1947, more than 700,000 Kashmiri people, particularly civilians, have been killed in “genocide and human rights abuses by the Indian military with impunity."

“Today the world must stand [up] in solidarity with Kashmir. Just being passive and ignoring the fate of Kashmir is a betrayal of the principles of humanity. Silence and being muted are not an option,” he said in a statement.

The Indian-administered Jammu and Kashmir is already "suffering under a militarized COVID-19 lockdown," he added.

"This is a multilateral issue of violations of human rights and international law," Azmi said, adding: "Incidents of Indian military attacks on the people of Kashmir are almost on daily basis."

"India arrogantly ignores the international law or the UN Declaration of Human Rights," he also noted.

Every year on Feb. 5, Pakistan, the Pakistan-administered Jammu and Kashmir, the Kashmiri diaspora, and their sympathizers organize seminars, conferences, and rallies to support the cause.

Qazi Hussain Ahmad, the former leader of Pakistan's mainstream religious-political group Jamaat-e-Islami, in 1990 started observing the "Kashmir Solidarity Day" on Feb. 5 and, since then, the Pakistani government and Kashmir diaspora have been observing it elsewhere to support the Kashmir cause and “denounce human rights abuses” in the Indian-administered Jammu and Kashmir.

Kashmir, a Muslim-majority Himalayan region, is held by India and Pakistan in parts and claimed by both in full. A small sliver of Kashmir is also held by China.

Some Kashmiri groups in the Indian-administered Jammu and Kashmir have been fighting against the Indian rule for independence, or unification with neighboring Pakistan.

According to several human rights organizations, thousands of people have reportedly been killed in the conflict in the region since 1989.